The new DeLorean is ready: it will be presented in May with a modern design and an electric motor 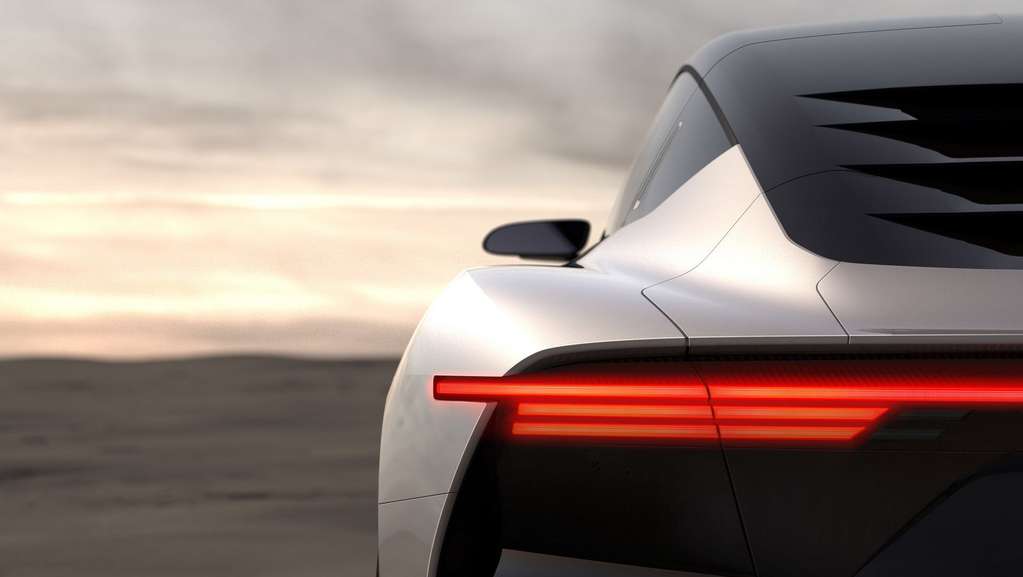 Designed by Giorgetto Giugiaro, the successor to the legendary DMC-12 is gradually being revealed.

DeLorean Motor Company the company that produced history DMC-12 , presented the first official complete rear section of its new all-electric vehicle. You can see there that it will have LED rear lights, a well-muscled body and coupe styling.

The car will finally be presented on May 31 this year, despite the fact that it was scheduled for August 18 at the Pebble Beach Contest of Elegance, one of the most important iron festivals in the world.

The new vehicle was designed by Italdesign with the brushes of the famous Giorgetto Giugiaro, the same man who designed the Original DMC-12 although it is made by DMC, the company owned by Englishman Stephen Wynne.

Italdesign has partnered with Williams Advanced Engineering to co-develop the EVX modular platform. With it, the next electric car could offer power up to 1300 horsepower and a range close to 1000 kilometres.

There is no information on pricing and availability, but everything seems to indicate that it will be produced in a very limited number of units. From the hashtags that the brand used during its announcement on Twitter, one could deduce that the model will be called Advanced DeLorean .

The story of the DeLorean DMC-12

Commercially, the DeLorean DMC-12 was a flop, but its role in Back to the Future assured him of another life to this model designed in the United States, designed in Italy and manufactured between 1981 and 1982 in Northern Ireland.

What you may not know is that this model, lukewarmly received by the public during its manufacture, is the one It was John DeLorean’s dream an American engineer who quit General Motors to build it.

Wanting to give it a futuristic image, this entrepreneur called on the famous Italian designer Giorgetto Giugiaro (a referent), who outlined a prototype that went into production in 1981 in Northern Ireland.

Why there? Because DeLorean has reached the UK government funding who agreed to set up the factory in Dunmurry (near Belfast), in an attempt to “calm down” the violence that was sweeping the region.

The road version retained the modern design of the concept almost as is. The highlight, even today, are his butterfly doors, in addition to the stainless steel body, without paint. The chassis was largely that of the Lotus Esprit, and although its official name is DMC-12, everyone knows it simply as the DeLorean, as it was the only model the brand built before its bankruptcy.

The engine is rear and it is a 2.8 V6 (2 valves per cylinder) developed jointly by Peugeot, Renault and Volvo. John DeLorean dreamed of 200 hp, but US anti-pollution regulations forced it down to 130 hp, which it was a real disappointment among the audience. The gearboxes were five-speed manual or three-speed automatic, both of Renault origin.

Whoever lifts the hood of a DeLorean will find… the trunk. Space for luggage, in addition to the spare wheel and tank to load fuel. Inside only has two seats and behind them a space to carry a bag of golf clubs.

the equipment it was quite advanced for its time, with air conditioning, mirrors and electric windows. The radio, of course, had a cassette.

Late 1982 DeLorean Motor Company broken . Figures vary by source, but around 9,000 examples of the DMC-12 were built, the majority for the United States, i.e. left-hand drive. After the success of Back to the Future, the car’s fate took an unexpected turn, and today it is estimated that around 6,500 are on the road in perfect condition. But Marty McFly and the DeLorean are already a separate story.