Volkswagen SP, a car that has been loved and revered for 50 years 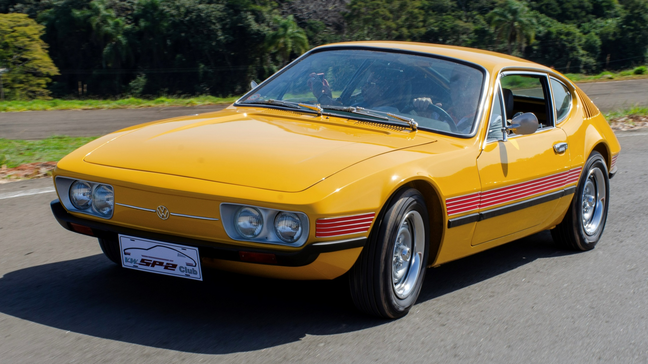 Several generations of VW executives came together to recall the stories of the creation and development process of the SP1 and SP2 models.

Considered to be one of the most beautiful models in the history of Volkswagen in the world, the VW SP was completed last Sunday (June 26), 50 years after its launch in Brazil in 1972. To celebrate this very special moment, several generations of VW executives gathered on Saturday 25th to recall the stories of the creation and development process of SP1 and SP2. Design reference for many other models of the brand, the SP is a milestone in the automotive sector and is remembered by enthusiasts to this day.

For the occasion, Volkswagen and SP2 Club gathered model lovers at the Motor Park, the first mobility theme park in Brazil, in Haras Tuiuti, in Sao Paulo. Even 50 years later, it was possible to bring together 18 Volkswagen SP2s, in excellent condition, in one of the largest model meetings ever held since its launch in the 1970s.

“The SP was a ‘car alone’, a unique model. The design team of the time was brilliant in developing this car, bringing a rear engine, but with a very elongated hood, and a spectacular rear line, with a surface treatment that involved the lights and the bumper with exceptional work. And, of course, you can see traces in the other projects that have been made in our studio here in Brazil such as Gol, Brasilia and Fox ”, praises José Carlos Pavone, Head of Design of Volkswagen Latin America.

André Drigo, Executive Product Development Manager, reiterates: “This 50th anniversary celebration isn’t just for SP. This car represented a milestone in the industry as a whole in the 1970s. It is very interesting that we can see several elements and definitions that emerged at the time, but which are still functional to this day. We certainly used some theories and concepts from that period and applied them to new models under development. “

“At the request of the then president of Volkswagen, Mr. Rudolf Leiding, we started the first drawings of the SP in the 60’s. I tried to draw it very low and with the windows tilted, giving the air of sportiness that I thought. In the first sketch I was able to leave it as I wanted, ”recalled Jota, who was part of the VW design team at the time, led by Márcio Piancastelli.

With the first drawings in hand, the challenge of creating a model in Brazil and producing it to scale began to appear. Executives from all areas came together to find the best way to conceive the sport.

“The first challenge we faced was building a body with riveted, non-welded sheet metal components. After studies and attempts, we came to the conclusion that this production process was not viable. Then we moved on to the traditional bodywork manufacturing process, ”Menta said.

“It was not common to make cars in Brazil at the time. For this reason we originated the SP from a German car, using the Variant chassis, and we built a new car on it, ”concluded Jota.

On June 26, 1972, the VW SP was officially launched, in a presentation event for journalists at the Iate Clube Santa Paula, in São Paulo, and for the dealer network, at the Anchieta plant, in São Bernardo do Campo.

The world champion of jiu-jitsu Leandro Pereira...
Previous articlePutin still wants most of Ukraine, says the US intelligence director
Next articleWith the parliament in the process of being dissolved, the Israeli prime minister says he will not seek re-election