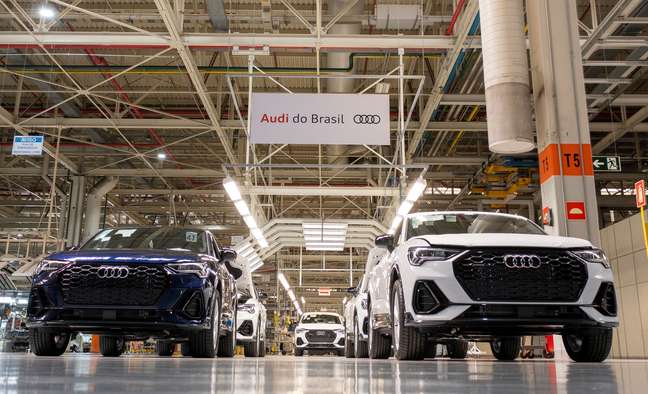 With the new Q3 and Q3 Sportback Quattro assembled in São José dos Pinhais, Audi will have a line of SUVs fully equipped with 4×4 drive

Audi confirmed this Wednesday (29) the resumption of domestic production at its São José dos Pinhais (PR) plant now in June. The announcement was made during a ceremony held on the assembly line in the presence of Audi CEO Daniel Rojas, Governor Ratinho Junior and Mayor Nina Singer. The models chosen for the resumption of domestic production are the new Audi Q3 and Audi Q3 Sportback, both equipped with a 231 HP 2.0-liter engine.

Both cars will be equipped with Quattro all-wheel drive and 8-speed tiptronic transmission, technologies that are famous within Audi. It is the first time that a car with a transverse engine uses the 8-speed tiptronix gearbox. With this, the German automaker will have its line of SUVs equipped with 100% 4×4 drive in the country.

Audi do Brasil is investing R $ 100 million in the modernization of the assembly line, which has acquired new machinery, equipment, quality control equipment, information systems and logistics infrastructure. The amount comes on top of the R $ 446 million invested since the creation of the Inovar-Auto program in 2012.

The Paraná factory will return with a capacity of 4,000 vehicles per year, in two shifts. The vehicles produced will be destined exclusively for the domestic consumer market. The new Audis will be assembled at the Semi Knock Down (SKD) plant, an efficient global production alternative for low-volume models.

The production of the Audi Q3 and the Audi Q3 Sportback with 2.0 engine will be carried out on an exclusive assembly line, the same that produced the previous generation of the SUV until 2019. The models will arrive at the Port of Paranaguá divided into sets of parts and parts from the Györ factory, Hungary, for assembly in Brazil.