The western economy is slowing down because of the war in Ukraine. And that’s only the beginning 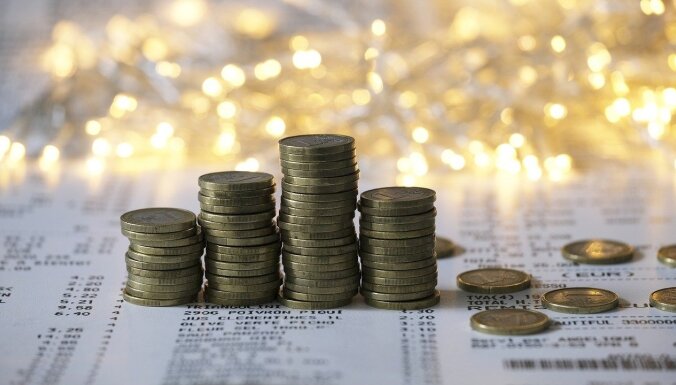 Prosperity growth in Europe has slowed and even reversed in the United States before the world even felt the full economic consequences of Russia’s war on Ukraine, statistics for the first quarter of 2022 showed. .

The main reasons are not related to the war, since only the last of the three months of the quarter fell on the Russian invasion. However, the trend confirms the first estimates of economists who promise damage not only for Russia and Ukraine, but for the whole world, and especially Europe.

In January-March, the growth of the European economy slowed by 0.1 percentage point to 0.5% in 27 EU countries and to 0.2% in 19 countries circulating the single euro currency . In the United States, the first quarter was marked by a 0.4% decline in GDP.

The slowdown in trade activity is due to the fact that its surge after two years of confinement led to a shortage of energy, food and transport at the end of 2021. This caused disruptions in world trade and fueled inflation. Consumption falls because life becomes more expensive and people save, and investment is reduced because credit rates rise after prices.

The war will only exacerbate these problems, as Russia is the biggest exporter of oil and gas and, together with Ukraine, it is also the main supplier of food. Therefore, Vladimir Putin’s decision to send troops to conquer a neighboring country turned into a new round of growth in oil, gas, coal, grain, petroleum, metals and everything else.

As a result, according to estimates by the International Monetary Fund, the growth of the world economy this year will not exceed 3.6%, while in January the IMF predicted 4.4%. In other words, the world will come to the end of the year poorer than it could be without war.

The first volleys of a new war

First of all, Ukraine will suffer, to which the IMF reads a loss of 35% of GDP, and Russia, which attacked it, which, under sanctions conditions, the flight of companies and people, is threatened with a fall of 8.5%. The wave of this crisis will come first to their European neighbors, warn both the IMF and the club of rich countries of the OECD.

“On the one hand, Russia and Ukraine play a small role in the world economy. They account for no more than 2% of GDP and about the same amount of world trade,” write the economists of the OECD. a significant impact on the global economy as major suppliers of a range of products.”

As a result, the world will lose about 1 point of growth in the first full year of the war, and the impact on Europe will be one and a half times more tangible than on the United States.

“Some regions will feel the impact of these problems more than others and will hit European countries more than others, especially those bordering Russia or Ukraine,” OECD experts write, pointing to links tight trade and high gas prices in Europe, the result of an energy blockade by Russia in the months leading up to the attack on Ukraine.

Germany and Italy will suffer more than the others, agrees the IMF, which lowered its forecast for eurozone GDP growth to 2.8% from 3.9%.

The EU’s largest economy, Germany, like the third largest Italy, are industrial powers and heavily dependent on Russian oil and gas. The second largest country in the EU, France, buys hydrocarbons mainly not from Russia, but thanks to nuclear energy, it also exports electricity.

It will only get harder from there. The revised IMF and OECD forecasts are based on the current situation and take into account the fighting on the EU’s eastern borders, which has led to higher prices, caused the largest influx of refugees since the Second World War and forced to increase defense spending.

But these forecasts do not take into account another war, that of energy. It promises the European economy much more damage. Its first volleys were fired this week when Russia cut off gas to Poland and Bulgaria. And the answer is expected next, when the European Union considers extending sanctions, including an embargo on Russian oil.

Previous articleDynamo – Urals. Prediction for the match of the 27th day of the RPL
Next articleMystery of shoe shapes: German police try to identify the mysterious drowned