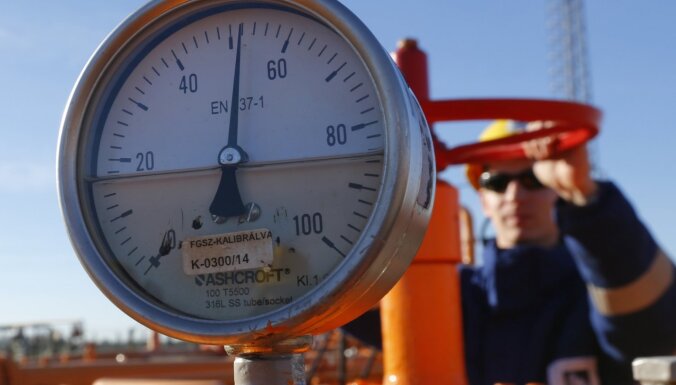 According to Pompili, at the meeting, all EU states said they were complying with the sanctions and respecting the contracts with Gazprom, which provide for payment in euros or dollars. “Do we know of any companies that have said they want to pay in rubles? We don’t have such information,” Simson said in turn.

All EU states have condemned Gazprom’s unilateral decision to cut off supplies to Poland and Bulgaria, the French minister said. “All suppliers must fulfill their obligations under the terms of the contracts,” she added. As previously reported in the European Commission, 97% of all agreements on the supply of gas by Gazprom to the EU directly prescribe payment in euros or US dollars.

Kadri Simson called Gazprom’s decision “a new turning point in the current crisis” https://rus.delfi.lv/biznes/economy/. dividing the EU, to which we must respond by strengthening our unity and our solidarity”, declared the European commissioner. . At the same time, she assured that there was now no risk for the security of the EU energy supply: Gas is being supplied to Poland and Bulgaria from Germany and Greece At the same time, Simson promised that the legal services of the European Commission and the Council of the EU would prepare new, more detailed explanations of what companies can and cannot do under sanctions.

The European commissioner stressed that all EU states should have plans in case of a complete gas supply shutdown from Gazprom. Their preparations began in January. “We also factor into these plans our closest neighbors – Ukraine and Moldova,” Simson said. When asked if the EU would be able to supply enough gas to Ukraine, she replied: “Now Ukraine produces more gas than it consumes. But in the long term, we have indicated that there are alternative reverse flows from Slovakia and Hungary which can provide him with the necessary assistance.” .

The EU will not be able to replace all Russian gas

“We cannot easily replace 155 billion cubic meters of Russian gas with natural gas from other suppliers,” said Kadri Simson. According to her, the EU should accelerate the development of renewable energies, improve energy efficiency and savings. Barbara Pompili agreed: “We must diversify our way of heating (our buildings – editor’s note) and of producing electricity.”

Previous articleNetflix ends contract with British Duchess Meghan Markle
Next articleMedia: On May 9, Putin could officially declare war on Ukraine