Greece continues to supply Russian oil by sea, despite sanctions 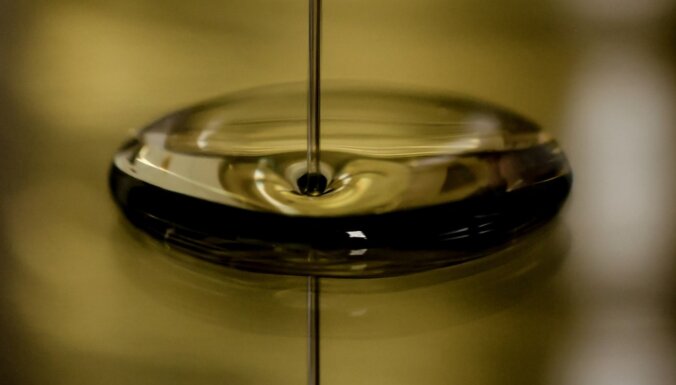 Despite sanctions imposed on vessels flying the Russian flag, 4.5 million barrels of oil worth around $509 million are exported from Russia every day by sea, writes on Monday May 9, Die Welt newspaper with reference to the Lloyd’s List shipping register.

Russia’s crude oil exports by sea remained at pre-war levels mainly due to Greece’s non-compliance with sanctions, the publication points out: “While many European dealers, oil companies and shipping companies and Americans have cut off all contact with the operators of the Russian fleet, Greek shipowners continue to develop their activities in Russia. »

According to Lloyd’s, in April, 190 tankers left Russia’s oil ports of Primorsk, Novorossiysk, Ust-Luga and St. Petersburg, 76 of which were sailing under the Greek flag. “Thus, Greece has tripled its share in the transport of Russian oil compared to the previous year”, writes Die Welt.

For example, in late April, the Greek tanker Nissos Rhenia took on Russian oil from the Urals in the port of Rotterdam and sailed to Singapore, Lloyd’s reports quoting the publication. Other tankers are heading to India, China and South Korea, and tanker freight rates have already increased by 230% due to the war in Ukraine, the German newspaper notes.

The Ukrainian government has formed a group to track Russian tankers using open data. “Companies that continue to knowingly fund Russian war crimes with fossil fuel contracts should know that Ukraine is exploring all avenues to hold them accountable,” Oleg Ustenko, economic adviser to President Volodymyr Zelenskyy, said in a statement. .

The country’s attorney general, Irina Venediktova, said lawsuits were already being prepared against companies and individuals involved in the oil trade with Russia.

Introduced in early May, the EU’s sixth sanctions package includes a gradual embargo on Russian oil. “It will be a complete ban on all imports of Russian oil – tanker and pipeline, crude and processed”, – said European Commission President Ursula von der Leyen. Greece, which has the largest tanker fleet in the world (716 vessels), opposed the ban, citing the importance of the tanker trade to the country, writes Die Welt.

On April 15, Greece detained the tanker Pegas under the Russian flag in application of these sanctions. In the port of Peloponnese, the oil was reloaded into another tanker, as the restrictive measures applied only to the ship itself, but not to its cargo.

Previous articleRFU congratulated everyone on Victory Day
Next articlePutin at the May 9 parade: NATO countries did not want to hear us