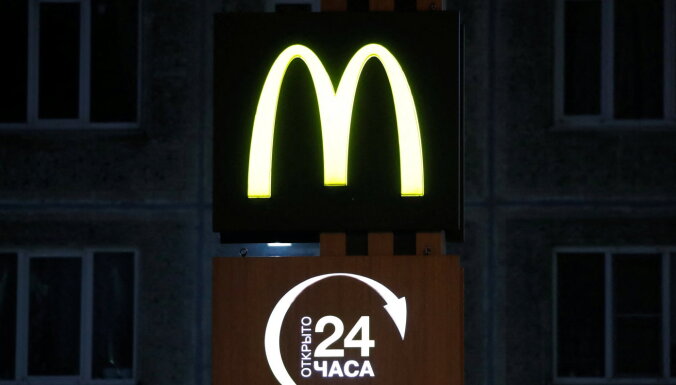 Russia’s invasion of Ukraine led to one of the worst economic crises in modern Russian history. The BBC’s Russian Service reports each evening on the main economic events of the day.

The buyer of the Russian assets of McDonald’s has made itself known. It turned out to be an entrepreneur from Novokuznetsk, Alexander Govor, owner of the GiD company. It is one of the three largest franchise owners in Russia. It will operate restaurants under the new brand if the deal goes through.

Earlier this week, McDonald’s announced it was finally leaving Russia.

The deal is expected to close “in the coming weeks” after receiving regulatory approval, the U.S. company said in a statement Thursday. Its amount was not disclosed.

Govor pledged to retain Russian staff at McDonald’s and agreed to fund the salaries of company employees who work in 45 regions of the country until the deal is completed.

Govor’s fortune was based on his stake in the Yuzhkuzbassugol company, which he had to sell in 2007 after two accidents that claimed the lives of 148 miners, writes The Bell. He is a co-founder of the Neftekhimservice oil refinery, owner of the refinery. In 2007, together with State Duma deputy Sergei Neverov, he planted the flag of Kuzbass and left a lump of coal on top of Kilimanjaro.

Meanwhile, the Federal Antimonopoly Service said on Thursday it had approved Lukoil’s deal to acquire Shell’s assets in Russia. The amount of the transaction is also not disclosed.

The Central Bank and the Ministry of Finance have stopped buying foreign currency on the market, closed “the possibility of withdrawing capital to hostile countries” and payments to foreign investors, a lot of foreign currency is entering the country and ” the need for it has decreased significantly,” Oreshkin listed the ruble’s strengthening factors.

“And, since neither the dollar nor the euro in the volume in which they enter, the country does not need them now, and the country cannot do anything with them, we are seeing a serious strengthening of the national currency” , he summarized.

On Thursday, the exchange rate for the euro on the Moscow Stock Exchange currently approached 61 rubles – for the first time since April 2017.

“A lot of people say that the ruble is not real, they try to deny the reality, but in fact the exchange rate was artificial last year, this year it is absolutely market-based, without any outside influence” , Oreshkin said.

At the same time, Putin’s aide did not mention that export companies are still required to sell part of their foreign currency earnings, and there are still Central Bank restrictions on the purchase of foreign currency by citizens and their removal abroad.

Although on Thursday, the Central Bank announced that from May 20, banks will be able to freely sell foreign currencies to citizens – but not dollars and euros. Restrictions on their sale to Russians remain until September 9, but for now you can only buy dollars and euros that have arrived in bank coffers since April 9.

How much Potanin spent on Tinkoff Bank

Billionaire Vladimir Potanin has revealed for the first time the approximate amount for which he bought 35% of TCS Group, the parent company of Tinkoff Bank, from Oleg Tinkov. The deal came amid vocal anti-war statements by Tinkov.

In an interview with Interfax, Potanin, which also bought Rosbank in April, said the amount is in the hundreds of millions of dollars.

Tinkov, in an interview with The New York Times, complained that he had to sell a stake in the bank he founded “for a penny”, but at the same time thanked Potanin for allowing him to receive “at minus some money from the sale”. (about 3% of just, he says, the value of the block of shares).

“I can’t call hundreds of millions of dollars in kopeks. For me, that’s a lot of money,” Potanin argued.

Before the war, Tinkov was preparing to sell the bank to Yandex – the deal did not happen. At the end of 2020, in an interview with the Dozhd TV channel (included in the register of media that act as a foreign agent), the businessman said that the deal did not happen because he had asked for 6.2 billion dollars for the bank, while Yandex was ready to give only 6 billion dollars.

Potanin told Interfax that he and Tinkov “didn’t talk at all” about the price: “I went from the fact that he sells at the price that suits him for some reason. It seemed to me that he was more interested in maintaining the company, the team and the future of the bank in general.The founder spoke to me about his legacy more than anything else.

Russian video host Rutube is still being restored 10 days after the cyberattack, the exact date of the full restoration is unknown, the company’s press service told TASS on Thursday.

“We are gradually opening access to the functions of the platform for security purposes,” the press service said.

Rutube was hacked on the night of May 9. The company believes that the cyberattack was planned for that very day in order to disrupt the broadcast of the Victory Parade in Rutube.

On the same day, screenshots of the service’s internal system with a list of user channels appeared on Twitter. Hacking group Anonymous claimed responsibility for the hack.

Screenshots of the service’s administrative panel were posted in an account whose authors describe their activities as “IT working for peace in Ukraine”. They also published a letter allegedly sent by the director of Rutube, Alexei Nazarov, to the FSB with a complaint about possible fraud in the purchase of an information security system from a subsidiary of the Russian IB group.

IB Group, after the publication of the BBC memo, said that the company’s products are not used to protect Rutube from cyber threats. But at the same time, they confirmed that the companies had cooperated “as part of an overall project” in early 2021, but most of the contracts were later canceled.

Former US President Donald Trump knew his...
Previous articleThe NATO army named the main lesson of Russia’s war against Ukraine
Next articleVedomosti got acquainted with plans to localize Chinese cars under the Moskvich brand