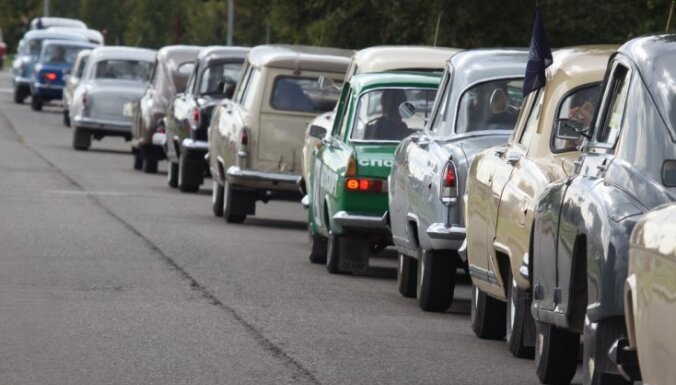 Instead of Renault models in Moscow, the facilities of the former Renault Russia factory could start assembling Chinese electric vehicles under the Moskvich brand. By the end of the year, it is planned to start production of cars with conventional engines, and then to switch to electric vehicles, writes Vedomosti, citing two interlocutors familiar with Kamaz’s plans.

How? ‘Or’ What writes Forbes.ru , representatives of “Kamaz” and the office of the mayor of Moscow declined to comment. A representative of the Ministry of Industry and Trade told Vedomosti that the concept of production at the Moskvich plant (formerly Renault Russia) will be presented in the near future by the Moscow government together with Kamaz. According to one of the interlocutors, Kamaz is negotiating with its current partner, automaker JAC, and the city authorities are working on cooperation with another Chinese automaker. A fundamental decision on the production model has not yet been taken, note the newspaper’s interlocutors.

The Moscow production site is released due to the withdrawal of Renault from Russia. The French company sells its stake in AvtoVAZ (67.69%) for a symbolic price of 1 ruble to FSUE NAMI, subordinate to the Ministry of Industry and Trade, with an option to buy back within six years. The Renault Russia plant on Volgogradsky Prospekt in Moscow becomes city property also for 1 ruble. The production of Renault cars in the capital is stopped, the plant will produce cars under the Moskvich brand, Moscow Mayor Sergei Sobyanin said earlier.

At the beginning of 2022, Kamaz launched the Kompas light truck in the market, which actually represents the Chinese JAC truck after brand engineering. The car was adapted to operating conditions in Russia, in particular, the elements of the chassis and electronics that control the engine were strengthened there. Kamaz planned to locate the main components and assemblies of the Compass, including the cabin and its components, as well as the Cummins engine, in 5 to 6 years.

According to one of the newspaper’s interlocutors, Kamaz is also considering a more compact model – JAC iEVS4 – for localization in Moscow. Another source noted that at the initial stage, most likely, screwdriver assembly of electric cars from car kits will be carried out at the Moscow plant. He added that localization will deepen as production increases. The iEVS4 model has an analogue with a gasoline engine, it is produced under the S4 index.

Head of the Ministry of Industry and Trade Denis Manturov previously told journalists about cooperation plans between the Moskvich plant and foreign automakers. According to him, all the achievements of Kamaz in the development of electric vehicles will also be used. Kamaz is the manufacturer of the 6282 electric bus, which has been operated by Mosgortrans since 2018. In total, there are already more than 700 such buses in the fleet of the capital transporter.

The Moscow plant with a capacity of up to 180,000 cars a year under Renault has paid off with the production of 40,000 to 50,000 cars a year, said Sergey Burgazliev, an independent automotive industry consultant . According to him, Chinese equipment can be produced at this factory, but there may be difficulties with its distribution. However, in the absence of cars of other brands, dealers can agree to sell Chinese cars of brands that are almost not represented in Russia, the expert added.

Previous articleHow much Potanin paid for Tinkoff and who got McDonald’s Russian stuff
Next articleRussian media claim that inflation in the country is lower than in Europe. Is it true ?