Europe refuses oil and gas from Russia. Not right away, but the plan and the money are already there 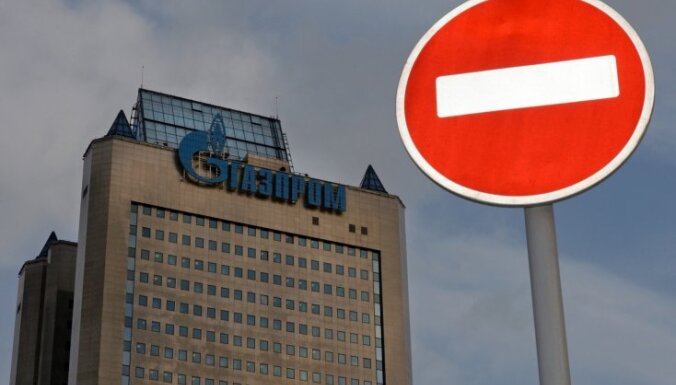 Russia’s attack on Ukraine has forced Europe to speed up its farewell to fossil fuels and focus on phasing out Russian oil and gas. On Wednesday, the EU announced the new measures, and at the same time the European Commission published an action plan in case the Kremlin itself cuts off the gas.

According to the updated plan, the EU will spend additional sums more than 200 billion euros to completely phase out Russian fossil fuels by 2027.

Before the war, there was only talk of banning long-term contracts with Gazprom after 2050, but two weeks after the Russian invasion, the European Commission presented a plan to completely cut off Russia’s oil and gas from here 2030. Now, this plan has been realized and the deadline has been approached for another three years.

“Putin’s war has destabilized the global energy market and shown how vulnerable we are when we depend on Russia as a supplier of fossil fuels. We must reduce our dependence on Russia the as quickly as possible. And we can do it,” said European Commission chief Ursula von der Leyen, presenting the plan.

To this end, the European Commission has tightened the objectives and deadlines of the European RePowerEU program for green economic restructuring, calculated until 2050. The EU will accelerate and reduce gas consumption by 30% by 2030.

What will the EU do?

The EU will partially replace Russian oil and gas by increasing its purchases from other countries, mainly the United States and the Middle East. Preparation of terminals, pipelines and other infrastructure will cost 12 billion euros.

But the main and much more expensive part of the plan is to increase renewable energy production and save energy.

To accelerate the green transition, the European Commission has proposed to make solar panels compulsory for all office and public buildings from 2025, and from 2029 for new residential buildings. Gas boilers will soon be replaced by heat pumps, and the construction of onshore and offshore wind turbines will be approved under an accelerated program.

Accordingly, the spending should pay off, not just politically through reduced dependence on the militant eastern neighbor, but also financially. According to calculations by the European Commission, by 2030 the 27 EU countries will save 80 billion euros annually on gas imports, 12 billion on oil and almost 2 billion on coal.

Yes, Hungary continues to block the sixth set of sanctions and asks for grants for itself to compensate for losses due to the oil embargo. Some of the money from the plan announced today could just as well be used to pay those costs and enable Hungary to do without Russian supplies through the Druzhba pipeline.

The new measures and the new plan would not have come about without Russia’s energy war against the European Union – its biggest, closest and richest market.

It all started in the fall, when Gazprom screwed the faucet . Gas prices in Europe have soared to all-time highs, causing the world’s second-largest economy to slow down and discontent among EU residents. They face record inflation and falling living standards already affected by the two-year-old coronavirus pandemic.

But as soon as Russian President Vladimir Putin sent an army to take over Ukrainian lands, the energy war also went from cold to hot.

The EU imposed sanctions, refused Russian coal, was going to cut gas purchases from Russia by two-thirds by the end of the year, and almost agreed to an embargo on Russian oil. In response, Putin ordered to pay for gas in rubles, and “Gazprom” cut off the supply to those who disagreed with Poland and Bulgaria.

This is not a fight for life, but for death.

The EU imports 57.5% of all energy consumption, and Russia is a key supplier . The EU buys around 40% of all gas and up to 30% of oil and petroleum products from Russia.

Raw Russia is no less dependent on the EU. The oil and gas sector provides half of its budget revenue and more than half of its exports, and 70% gas and 60% oil and petroleum products that it sells only to Europe.

Only in less than three months of war The EU paid Russia more than 50 billion euros for oil and gas.

If Putin turns off the gas

The next blow in the energy war each of the adversaries strives to inflict where it hurts the other. Russia is earning more on oil, the European Union cannot refuse gas yet. Therefore, the EU, which is preparing an oil embargo against Russia, fears that Putin will respond by cutting off the gas.

Plan this event European Commission released Wednesday with an extensive package of measures aimed at reducing dependence on Russian energy resources. It has few details, and in general it consists of two general points.

First, solidarity: shut down industry in cycles, but coordinate it at EU level so that all countries suffer equally, not just those that depend more than others on Russian supplies.

And second, subsidize the prices if they get exorbitant. This is generally prohibited, but recently many EU countries have been actively doing it in the context of the energy war with Russia.

“Since September 2021, Germany, France, Italy and Spain have each spent between 20 and 30 billion euros to artificially curb the price of gas, electricity and gasoline,” explains the economist Simone Tagliapietra of the think tank Bruegel.

“Such large-scale subsidies are unaffordable for taxpayers and harmful from a geopolitical and energy security perspective, not to mention the environment, – he writes . “In fact, the authorities of EU countries are subsidizing President Putin.”

Previous articleIn Poland, a dispatcher from Russia was arrested in absentia in the case of the Tu-154 crash near Smolensk
Next articlePHOTO: Movie stars on the Cannes Film Festival red carpet