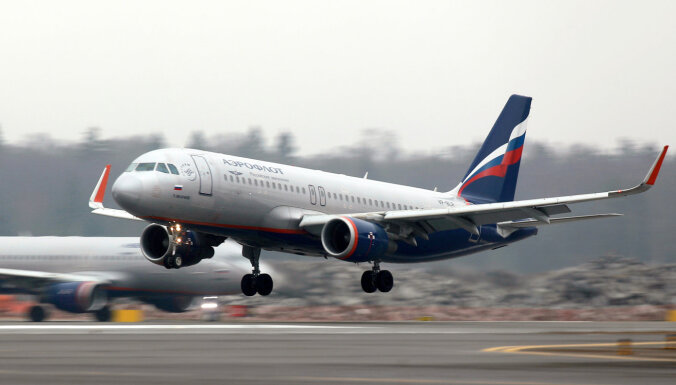 Russian airline Aeroflot has three months of spare parts for Boeing and Airbus planes, after which the carrier will have to dismantle some of the airliners for spares to maintain its fleet. About that writing Bloomberg, citing an assessment by aviation experts at IBA.

How? ‘Or’ What note “Novaya Gazeta. Europe” , due to the economic sanctions imposed after the Russian invasion of Ukraine, the company lost the ability to obtain parts and services from foreign companies. The shortage of spare parts has affected most of Aeroflot’s aircraft.

Bloomberg notes that due to the sanctions, the company was forced to drastically reduce the number of flights, mainly abroad. The number of countries Aeroflot flies to has fallen from 56 to 13.

Most aircraft of Russian carriers are registered in foreign countries and are owned by foreign lessors. The sanctions force lessors to terminate existing contracts with Russian airlines, after which the companies must either buy the plane or return it to the owner.

In this regard, the Federal Air Transport Agency recommended suspending all flights abroad due to “a high risk of detention or arrest of aircraft of Russian airlines abroad”.

In mid-May, Aeroflot purchased eight Airbus A330s from foreign lessors in fulfillment of contractual obligations. After that, the airline resumed flights to the Maldives.