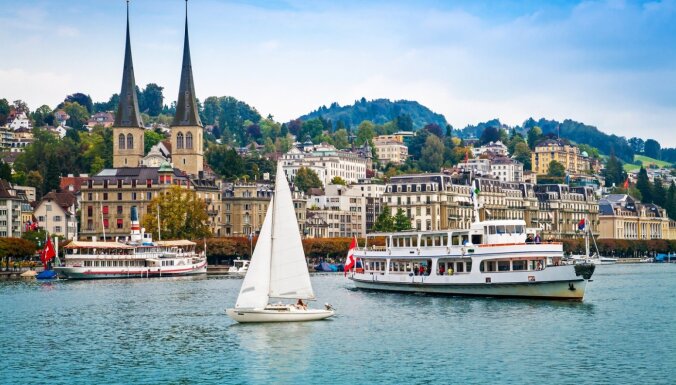 Russian businessman Andrei Melnichenko with the help of a simple trick got his company Eurochem, headquartered in Zug, Switzerland, out of sanctions.

According to the Tages-Anzeiger newspaper, which investigated Melnichenko’s ruse, the Swiss State Secretariat for Economic Affairs (SECO), which in fact approved the lifting of sanctions against EuroChem, was criticized by the main political forces. from the country.

On March 9, the European Union, as part of the fourth package of sanctions against Russia and Belarus, introduced restrictive measures against 14 businessmen, including Andrey Melnichenko, the founder of the coal company SUEK and the fertilizer manufacturer Evrokhim.

“Melnichenko belongs to the most influential circle of Russian entrepreneurs with close ties to the Russian government,” the rationale said. Entrepreneurs who fell under the sanctions were banned from entering the EU and their assets were blocked. A week later, Switzerland imposed sanctions on Melnichenko.

As journalists managed to find out, during this period Melnichenko left the board of directors of Evrokhim and transferred the company to his wife Alexandra. Another Swiss publication, Handelszeitung, cites the response of the oligarch’s lawyers, stating that “Alexandra Melnichenko is the sole beneficiary of the trust in Cyprus and, therefore, owns 90% of the shares of EuroChem.” This simple decision allowed SECO to release the company’s accounts on March 30. At the request of the Tages-Anzeiger, the agency said it was “happy” to confirm that there was no “real and convincing evidence” that EuroChem “is owned or controlled by a sanctioned entity”.

Andriy Melnichenko has appealed against the sanctions imposed on him before the General Court. The lawyers representing the interests of the businessman confirmed the filing of the complaint. “Andriy Melnichenko entrusts his fate to the judges of the General Court of the EU and continues to believe that European justice verifies the errors of the executive,” representatives of the entrepreneur told Forbes.

In particular, within the framework of the restrictive measures, on March 12, the Italian financial guard of the port of Trieste detained the yacht Melnichenko Sailing Yacht A. The ship, 150 meters long and with a displacement of about 13,000 tons , is considered the largest sailing yacht in the world. It was built in Germany at the Kiel shipyard of the Nobiskrug company and is valued at around 500 million euros.

Melnichenko himself called the sanctions imposed on him “absurd and groundless”. On March 14, he told Reuters that “the conflict between brotherly peoples” must be stopped. “As a Russian by nationality, a Belarusian by origin and a Ukrainian by blood, I feel great pain and disbelief seeing how brotherly peoples are fighting and dying,” the contractor’s representative said.

Former US President Donald Trump knew his...
Previous articleRestaurants implicated in VAT fraud and money laundering case
Next articleEnviable legs: The secret that makes Anne Hathaway look luxurious in a mini is revealed