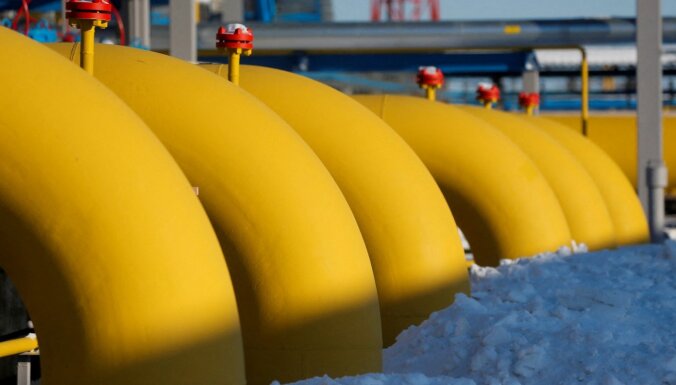 Russia has cut off gas supplies to Finland since Saturday, Finland’s national gas company Gasum reported, citing a notification received from Gazprom Export. Finland is ready to shut down.

Before cutting off the gas, Russia also stopped supplying electricity to Finland, but, as Finnish companies assure, none of these measures will lead to serious problems for the country in the near future.

“We regret that the supply of natural gas under our contract has been terminated,” Gasum CEO Mika Viljanen said in a statement. “However, we have prepared carefully for this situation and, if there is no disruption to the gas transmission network, we will be able to supply gas to our customers in the coming months.”

During the summer season, Gasum will deliver gas from other sources via the Balticconnector gas pipeline. Gasum-owned gas stations will continue to operate as usual, according to a statement posted on the company’s website.

Previously, Finland refused to pay for Russian gas in rubles (such a request was made by Moscow to the “hostile countries” on March 31).

According to Finnish European Affairs Minister Tytti Tuppurainen, the decision to refuse to pay in rubles was taken in early April and brought to the attention of Gasum’s management.

“We don’t agree with payment in rubles, it can be seen as blackmail from Moscow,” Tuppuraien said in an interview with Finnish newspaper Helsingin Sanomat.

Finland imports most of its gas from Russia, but it accounts for only 10% of the country’s total energy consumption.

On Friday, the Finnish gas network company Gasgrid Finland Oy signed an agreement with the American company Excelerate Energy for the rental of a floating terminal intended to receive liquefied natural gas. It is planned that the terminal will start operating by next winter and that the corresponding coastal infrastructure will be built in Finland and Estonia: at the beginning of April, their governments announced their intention to guard against the shutdown of Russian gas and jointly build or lease a floating terminal LNG terminal.

On Sunday, Russia cut Finland’s electricity supply. The Russian company Inter RAO explained this by the fact that it had not received money for the energy already supplied since May 6.

“This is an exceptional situation that is happening to us for the first time in 20 years of business history,” said RAO Nordic, which imported Russian electricity to Finland.

Previous articleMedia: Valyagin’s murder in Plavnieki is linked to the disappearance of a shipment of cocaine
Next articleThere is a severe shortage of infant formula in the United States