Gerhard Schroeder rejected Gazprom’s offer to join the board 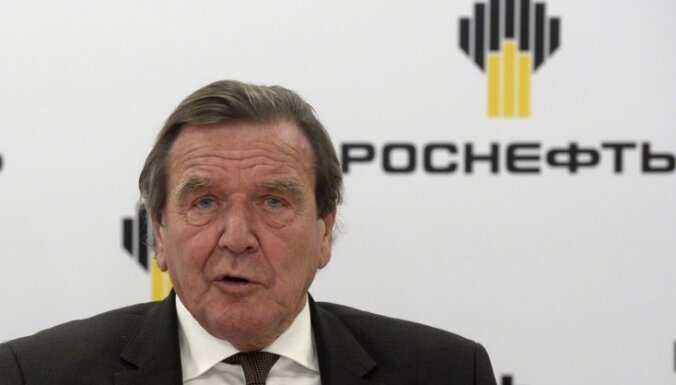 Former German chancellor Gerhard Schroeder has rejected an offer from the Russian group Gazprom to join its board of directors. Schroeder announced on Linkedin on Tuesday, May 24 that he would not accept the nomination. According to him, he told Gazprom “a long time ago” that he was not interested in such a position. Sources linked to the former Chancellor of Germany have confirmed the authenticity of the position of former Chancellor.

A few hours earlier, we learned that Gerhard Schroeder was on the list of candidates for the board of directors of Gazprom. The German media drew attention to this circumstance due to the fact that the company announced that the head of the Russian Ministry of Agriculture, Dmitry Patrushev, was on the list and published the full list. The former German chancellor applied on February 4 this year. The company’s new board of directors will be elected on June 30 at the general meeting of shareholders, which will be held in St. Petersburg.

On May 20, it became known that Gerhard Schroeder was leaving the board of directors of Rosneft, where he had worked since 2017. The current German Chancellor, Olaf Scholz, had previously called on Schroeder to resign from all his positions in Russian state-owned companies.

On May 19, the European Parliament demanded that Schroeder be included in the sanctions list of Russian oligarchs if he, despite the war in Ukraine, continues to maintain his positions in Russian companies. On the same day, it became known that the budget committee of the Bundestag had decided to reduce the item of maintenance costs of the office of the German parliament on which Schroeder relied and the salaries of the employees who worked there. But the ex-chancellor retains the right to a pension and protection.

Since March, Schroeder’s office has lost staff who refused to work with the ex-chancellor in protest at his stance on Russia and have been moved to other parts of the Bundestag apparatus. The collaboration with Schroeder was also terminated by the longtime chief of his office and speechwriter – after 20 years of working together.

In addition, the Social Democratic Party of Germany is increasingly demanding to initiate the procedure for the expulsion of the ex-chancellor from the ranks of the SPD for his reluctance to resign from his positions in Russian companies and to condemn the Russian aggression against Ukraine.