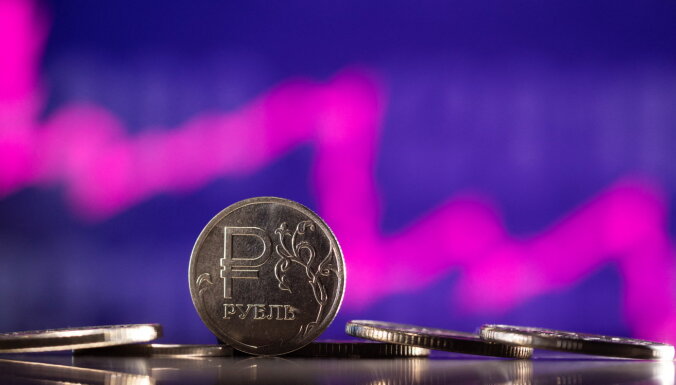 The strengthening of the ruble and the growth of income from the sale of energy carriers carry the risks of the “Dutch disease” of the economy, that is, the backlog of high-tech industries and long-term inflation . This was stated by the professor of the Russian University of Economics. Plekhanov Denis Domaschenko at the round table “External challenges for the Russian economy” at the Institute of Economics of the Russian Academy of Sciences, transmits RBC.

As written Forbes.ru portal , the ruble against the dollar hit a maximum since 2018 – on Friday the US currency fell to almost 57 rubles. This has been facilitated by both the Central Bank’s exchange controls and the decline in imports due to the sanctions, as well as a large influx of oil and gas revenues in foreign currencies. Following the growth of the ruble, inflation began to slow down: according to Rosstat, from May 7 to May 13, prices increased by only 0.05%, which is 44 times less than in the first week of the sanctions , writes RBC.

However, the disinflationary effect will not last long, believes Domaschenko. A strong national currency makes the Russian economy less competitive: national goods may be too expensive for countries still willing to buy them. First of all, this concerns high-tech sectors, including armaments, the expert noted. To improve the situation, in his opinion, can a fixed exchange rate of the ruble. The move will also reduce currency volatility, which scares off investors, Domashchenko said.

Boris Kheifets, an employee of the Institute of Economics of the Russian Academy of Sciences, a professor at the Financial University of the Government of the Russian Federation, agreed with him. He also believes that the Russian economy is showing signs of “Dutch Disease”, but sees Financial Isolation Syndrome as a bigger threat. “On the one hand, the influx of export currencies remains, but, on the other hand, the main problem is the isolation of the world market, the reduction of imports, payments, investments,” said the expert.

The reduction of imports, which is essential for the functioning of the industry, is the main risk for the Russian economy, said Darya Ushkalova, director of the Research Center for International Macroeconomics and Foreign Economic Relations at the Institute of Economics of the Russian Academy. Sciences. A short-term appreciation of the ruble could prompt importers to look for alternative sources of scarce goods, she hopes.

Russian authorities plan to ease currency controls after the ruble’s rise began to threaten fiscal revenues and exporters, Bloomberg wrote on Monday. According to the agency’s sources, the authorities will decide in the coming days to relax the requirement of mandatory sale of foreign exchange earnings by exporters from 80% to 50%. According to a TASS source at the Finance Ministry, the department and the Central Bank have already prepared relevant proposals.

Strengthening the national currency can hurt Russia’s budget, which is fed largely by taxes on energy industry revenues denominated in foreign currencies and spent in roubles, HSE professor Evgeny Kogan explained in an interview with Bloomberg. . “The stronger the exchange rate, the bigger the deficit will be. And that makes life difficult for exporters, increasing costs and reducing revenues [в рублевом выражении]”, – he stressed. More “comfortable” for the Russian economy would be a rate of about 75-80 rubles to the dollar, the expert believes.

Former US President Donald Trump knew his...
Previous articleWin-win: Lisovets told what outfit to choose men for prom
Next article“Is no longer with us, he is against us.” Peskov on the resignation of the adviser of the Russian mission to the UN in Geneva