In Central Europe criticized the “green course” of the EU. The region is not ready for the transition to electric vehicles 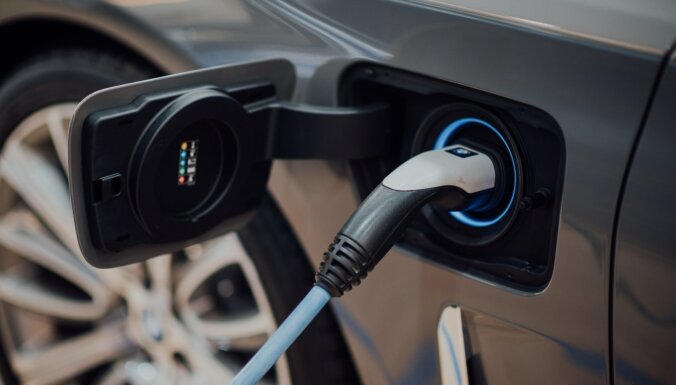 Czech automakers agree with Fiala’s statements, but they say the Green Deal threat is because the government hasn’t prepared for the switch to electric cars.

The EU’s plan to accelerate the transition to electric vehicles by banning internal combustion engines by 2035 – part of Brussels’ push to achieve climate neutrality by 2050 – has not gone well welcomed in Central European countries whose economies depend heavily on the automotive industry.

Attracted by cheap skilled labor and decent infrastructure, automakers have invested billions in the region, building up a vast network of suppliers and manufacturing sites. In the Czech Republic, the automotive industry accounts for around 10% of GDP and employs around 500,000 people. Slovakia is all the more vulnerable in this situation as this sector represents 14% of GDP.

“If Volkswagen sneezes, the whole country gets the flu,” said Lucija Kurekova, senior economist at the Slovak Institute of Management.

“There is a clear risk for countries that do not prepare. They will survive the ‘bleed in production’ and be left behind economically and technologically,” said Daniel Harrison, an analyst at the auto industry publication. Automotive Manufacturing Solutions.

Despite the fact that there are around half a million jobs in the Czech Republic in the automotive sector, industry representatives are convinced that governments are not investing enough time and money to prepare for the transition to electric vehicles. The Czech authorities are more interested in scoring ideological points against Brussels.

In December last year, Czech Prime Minister Petr Fiala slammed the Green Deal, burying any hope that his promise to end the populism of his predecessor, Andrej Babiš, would lead to progress in the transition to electric vehicles.

“The new government has not improved the approach to the transition in either deed or tone,” said Peter Knap, authorities partner at consultancy firm EY.

Electric vehicles are not the only way to reduce emissions, he said. Knap said the country prefers using alternative fuels. “Plans to support manufacturers in their transition to zero-emission vehicles” are being developed, Knap added, without giving details.

Analysts say the top contenders will be those who send the right signals.

Central Europe faces fierce competition from other manufacturing hubs in Europe, including Spain, which has spent 14 billion euros to develop an “ecosystem” of electric vehicles and boost sales to consumers. This investment has paid off: the country is already producing dozens of electric and hybrid models and attracting major new investments.

Slovakia leads the region with nine models in production or in development. Meanwhile, the Czech Republic, Hungary and Poland only produce a few models each.

The lack of government support to expand the fleet of electric vehicles in a region where sales represent only a fraction of all such transactions in major European markets could also put countries at a disadvantage as automakers grapple with where to build electric vehicles. .

OEMs want to locate production near demand, Harrison said. Central and Eastern Europe does not lend itself to this.

In the Czech Republic, auto industry officials are hoping the government will step in to secure a key project: the construction of a massive €4.4 billion battery factory that Vokswagen wants to locate in the region.

However, the Czech Republic’s greatest asset may be its potentially vast reserves of lithium buried under the Ore Mountains on the border with Germany, a critical raw material for battery production.

As the pandemic has crippled the supply of goods and components from Asia, the European automotive industry is looking for suppliers closer to home.

Still, as Harrison pointed out, the plant can be built in two to three years, and it will take five to seven years to begin operations. This means that lithium reserves may not be as useful as it seems at first glance.

Previous articlePolice officer crashed while drunk and fled
Next articleErdogan: Greek Prime Minister Mitsotakis no longer exists for me