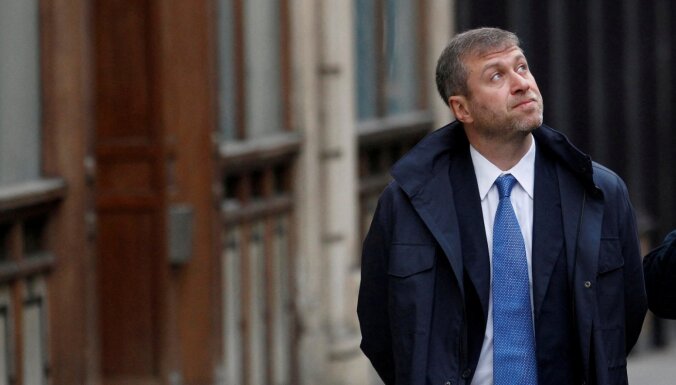 Roman Abramovich has sent documents to the EU in which he tries to prove that the sanctions imposed on him are discriminatory, disproportionate and based on false accusations of being close to Putin, writes the British newspaper Times.

Over the past 20 years, Roman Abramovich has paid £1.75billion in UK tax, The Times reports, citing his lawyers. This means that in Britain and the EU a Russian businessman paid more tax than in Russia.

Representatives for Abramovich said he paid more than £41million in tax and insurance contributions in Britain in 2019-2020 alone, making him one of the top 25 taxpayers from the country.

All this information is contained in official documents sent to the EU. As expected, the same documents were sent to the British government, writes the Times.

Abramovich argues that because he pays more tax in Britain and the EU than in Russia, he should not be seen as a major contributor to the Russian state or a supporter of Putin’s policies in Ukraine.

The billionaire’s Belgian lawyers claim he has invested £2billion in private funds in Britain, his family office is in London and he has employed more than a thousand staff at Chelsea Football Club and in other businesses.

After the Russian invasion of Ukraine, according to the Times, Abramovich’s fortune was cut in half – from 12 billion to 6 billion pounds, in particular due to the fall in the value of the international steel and mining company EVRAZ Group, of which it is the main beneficiary.

Brussels imposed sanctions on Abramovich, accusing him of “long and close ties with Vladimir Putin” and “privileged access to the president”.

The documents sent to the EU, according to the Times, say, in part, that none of this is true, that Abramovich has no special access to Putin in order to preserve his wealth, and that he has no received no privileges from those responsible for the annexation of Crimea and the destabilization of Ukraine.

Abramovich also claims that he never supported Putin’s policy towards Ukraine and made his fortune even before Putin came to power, the newspaper writes.

As reported, the documents are accompanied by a letter from the head of the Ukrainian delegation during the talks with Russia, David Arakhamia, stressing the positive role of Abramovich.

Arakhamia claims that with Abramovich’s help, agreements were reached that helped create “humanitarian corridors through which over 400,000 civilians were evacuated”.

Lawyers for the billionaire also say sanctions have limited Abramovich’s ability to participate in peace talks and humanitarian work because law firms and consultants are reluctant to work with him and he cannot travel freely, writes the British newspaper Times.

The world champion of jiu-jitsu Leandro Pereira...
Previous articleThe age of participation for figure skaters in adult competitions will be raised to 17
Next articleAlso, no Spotify and no festivals. How Russian music is in fever after the war