Lufthansa cancels almost all flights to Frankfurt am Main and Munich 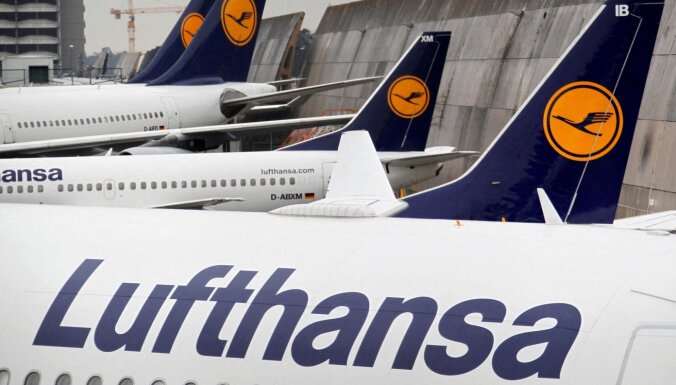 German airline Lufthansa is canceling almost all flights at Frankfurt am Main and Munich airports due to a warning strike called by service workers’ union Verdi. As the airline reported on Tuesday July 26, changes in air traffic are expected from today to July 29 inclusive.

In total, more than 1,000 flights will be canceled and 134,000 passengers will have to change their plans.

The reason for the strike was the lack of progress in price negotiations for around 20,000 Lufthansa employees.

Lufthansa human resources director Michael Niggemann criticized the union’s decision: “An early escalation after only two days of constructive tariff negotiations is doing enormous damage so far”https://rus.delfi.lv/ biznes/economy/.”It (the escalation of the situation – editor’s note) mainly affects our passengers during the peak travel season and imposes a heavy additional burden on our employees during an already difficult time in air travel,” Niggemann added.

Other air ports in Germany will also be affected.

Flights, the operation of which is directly or indirectly related to the activities of Lufthansa employees, at air ports and other cities – Düsseldorf, Hamburg, Berlin, Bremen, Hanover, Stuttgart and Cologne will also be affected. These airports will also have hardly any Lufthansa service offices in operation.

Passengers are already complaining online about last-minute cancellations of intercontinental flights to the United States and Hong Kong.

The strike is led by Lufthansa ground staff. The strike is due to the fact that the second round of dialogue on tariff issues ended in mid-July without result. The employer’s proposal was discussed by interested workers and was rejected as “insufficient”, Verdi said.

The union demanded a 9.5% wage increase within twelve months and a minimum hourly wage of 13 euros. Lufthansa offered lump sum payments and a business development bonus for a period of 18 months. According to the company, the changes meant an increase in payments from 9 to almost 11% over 12 months for workers with a basic monthly salary of 3,000 euros before tax.