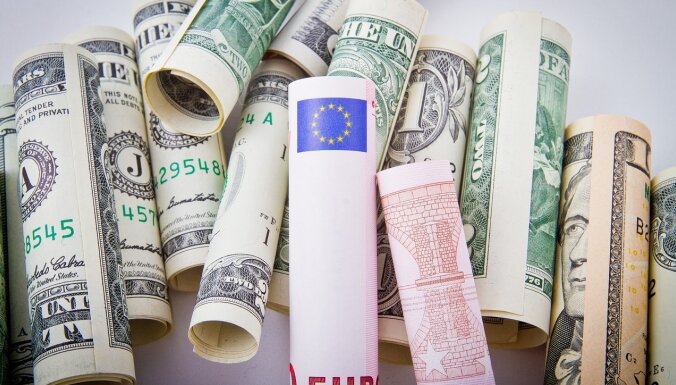 On Thursday July 21, the European Central Bank (ECB) decided to raise its key rate for the first time in 11 years.

At a meeting of the ECB Council in Frankfurt, it was decided to increase the base interest rate by 0.5 percentage points – up to 0.5%.

The Board also decided to increase the overnight deposit rate (the interest rate on a deposit within one business day) to 0% and the overnight lending rate to 0.75%. These two rates were also raised by 0.5 percentage point.

The bank said the interest rate hike would help fight high inflation and ensure demand conditions are in line with the bank’s medium-term inflation targets.

According to LETA, the ECB also said that interest rates could be raised again in the future, depending on how the situation develops.

At the same time, the ECB proposed a new crisis management tool to deal with the tense situation on the bond market in certain euro zone countries.

This tool should be introduced in response to the recent increase in the cost of borrowing, which is most often observed in highly indebted members of the euro zone, such as Italy.

“A targeted bond buying program could be activated to counter unreasonable and chaotic market dynamics that seriously threaten the implementation of monetary policy in the euro area,” the ECB said in a statement.

Cologne received the Schalkethis Sunday, and came...
Previous articleA PHOTO. The woman was forced into prostitution, the suspect pretended to be an employee of the prosecution
Next articleCroatia opens bridge to bypass Bosnia and connect disparate parts of the country