Living without Russian gas: who, how and when will help Europe 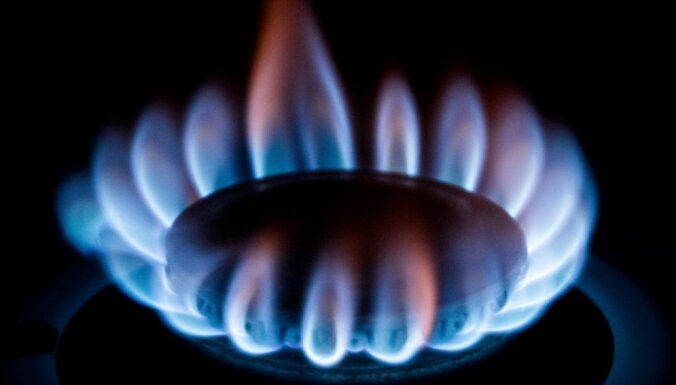 To withstand the winter and last a year. Approximately in this way, it is possible to figuratively characterize the task currently facing the countries of the European Union in the field of gas supply. Then it will be easier. Much easier, because the many efforts that have been made in the European Union in recent months, even in recent days, to quickly overcome dependence on Russian natural gas will already begin to yield tangible results. After the start of a large-scale aggression against Ukraine, Russia is increasingly openly and harshly using its supplies to blackmail the Europeans.

Here are the latest advances in the search for alternatives. Over the next five years, Azerbaijan will more than double its gas supplies to the European market to at least 20 billion cubic meters per year. European Commission President Ursula von der Leyen signed a corresponding declaration of intent on July 18 in Baku with Azerbaijani President Ilham Aliyev.

On the same day in the capital Algiers, an Italian government delegation led by Prime Minister Mario Draghi signed 15 cooperation agreements in various fields, including renewable energy, construction and digitalization, and agreed to further increase the supply in Algerian gas.

Consequently, underlined the Italian Prime Minister, “Algeria has become the main gas supplier of our country during these months”. So far, Russia is in the lead, of which Italy received 29 billion cubic meters in 2021. But after the Russian attack on Ukraine, Gazprom has significantly reduced its supplies.

In both cases, it is a gas pipeline, which is generally cheaper than liquefied natural gas (LNG) and which, unlike it, cannot be redirected to Asia if prices prove to be higher there.

Current and new pipeline gas supply routes to the EU

From Algeria, the gas is exported via Tunisia via the Trans-Mediterranean Gas Pipeline (Transmed) to Sicily and from there to mainland Italy. Another gas pipeline, Medgaz, carries Algerian gas directly to Spain.

Until now, Algeria was the EU’s third largest supplier of blue fuel after Russia and Norway. From now on, its role in supplying the large southern members of the EU will increase considerably. In addition, on July 19, the Italian Eni, the American Occidental, the French TotalEnergies and the Algerian Sonatrach signed a 25-year agreement to develop oil and gas production.

In Central Europe, in turn, Norway’s role will increase. It has apparently already become, surpassing Russia, the main gas pipeline supplier for the EU’s biggest consumer – Germany. And in less than three months, in October 2022, operation of the Baltic Pipe gas pipeline with a capacity of 10 billion cubic meters per year should begin. It is laid from Norwegian fields in the North Sea through Denmark and the Baltic to Poland and will completely replace Gazprom’s supplies.

Russia cut off gas to Poland at the end of April, but this large EU member has managed to fill its underground gas storage facilities (UGS) to 98%, according to the Gas Infrastructure Europe (GIE) portal. This became possible thanks to the Polish LNG terminal in Swinoujscie, as well as the commissioning of the Polish-Lithuanian interconnector (gas pipeline connecting the gas transmission networks of the two countries) GIPL at the beginning of May 2022.

According to her, Poland now receives gas from Lithuania from the LNG terminal in Klaipeda. But it will be able, when the Baltic Pipe is operational, to transfer part of the Norwegian gas it receives to the Baltic countries and Finland, if necessary. For example, next winter, to support neighbors and allies in the face of a shortage of blue fuel.

Gas production in Groningen: the Netherlands can reverse the trend

The Netherlands has long been and remains the third largest gas pipeline supplier to Germany and, in general, to Central Europe after Russia and Norway. In this country, in Groningen, there is one of the largest gas fields in the EU.

However, now, in the emergency situation of acute gas shortages in the European Union, it is ready to deviate from this path, German business newspaper Handelsblatt reported on July 20. But on condition that Germany, in turn, extends the life of its three remaining nuclear power plants, which are scheduled to be shut down by the end of 2022.

“For the Dutch government,” explains the Handelsblatt, “the question is not only whether a few thousand megawatt hours will be more or less. It is also a question of how strong European solidarity is in times of crisis. energy. This has political costs.”

In other words, the Dutch government is ready to take the unpopular step of increasing gas production (from which Germany will benefit the most) if the German government decides to delay the phasing out of nuclear energy, which , in turn, will lead to a strongly negative reaction from a large part of German society.

In addition, the Dutch government, continues the Handelsblatt, wishes to put an end to the litigation initiated by the German energy companies RWE and Uniper. They are demanding multi-billion dollar settlements for their coal-fired power plants, which the neighboring country has decided to speed up the closure as part of the fight against climate change. And the German government is preparing these days for the partial nationalization of the largest German gas importer Uniper, which found itself on the verge of bankruptcy due to an interruption in gas supplies from Russia.

If a political decision is made to increase production in Groningen (and the entire technical infrastructure for this is available), then its volume could be 20-30 billion cubic meters per year, writes the Handelsblatt, citing experts. Well, if, let’s assume, it is at least temporarily possible to bring it back to the 2013 level, then the Netherlands alone would almost completely replace the entire Nord Stream. Its annual capacity is 55 billion cubic meters.

And yet, the key role in overcoming the EU’s gas dependence on Russia should not be played by the pipeline, but by liquefied gas. Until 2022, there were more receiving capacities in the EU than needed, and they often remained unloaded. Germany has therefore not acquired its own LNG terminals, since it has always had the possibility of buying the necessary volumes on the world market and regasifying them in the Netherlands, Belgium or France.

Now that Gazprom has drastically reduced deliveries to the EU and is not even fulfilling its contractual obligations to European partners, there is a real danger that these capacities will, on the contrary, be overloaded, and that Germany will not be able to import of LNG. Thus, within a few months, the question of creating our own regasification infrastructure was resolved.

The German government leased four floating LNG terminals, each with a capacity of 5 billion cubic meters per year, and on July 19 finally determined where exactly they would dock. The Wilhelmshaven and Brunsbüttel terminals on the North Sea should be operational this winter, and by the end of 2023 the coastal infrastructure at Stade on the North Sea and Lubmin on the Baltic should be fully operational.

At the same location, in Lubmin, there will be another, fifth German floating LNG terminal, leased by the private company Deutsche Regas together with the French TotalEnergies. The advantage of this city on the Baltic Sea is that there are reception terminals for Nord Stream and Nord Stream 2, which has already been dismantled by European investors. Therefore, three powerful main gas pipelines were brought here to supply all of East Germany, Bavaria, the largest gas storage of Rehden in Germany and the EU, as well as the Czech Republic.

Incidentally, the landlocked Czech Republic signed a contract on July 14 with a new and second Dutch LNG terminal in Eemshaven. Unlike Rotterdam, it will be floating, should be commissioned by this winter and will be able to produce 8 billion cubic meters of gas annually. Of these, 3 billion cubic meters, and at the same time their transit through the gas transmission network of Germany, have been reserved by the Czech company CEZ. Thus, it will replace about a third of the volumes it previously received from Russia.

There will therefore be no shortage of LNG reception terminals in the European Union. As for the supply of liquefied gas, its influx from all over the world to Europe in the short term, in the coming months and next winter, will be greatly facilitated by high prices on the EU market, which are up significantly higher than those in Asia.

This will of course be expensive for Europeans, but it will avoid an elementary physical shortage of gas for the needs of industry and domestic heating. And at the same time it will stimulate the most careful use of blue fuel. On July 20, the head of the European Commission, Ursula von der Leyen, urged Europeans in the coming months until March 2023 to ensure gas savings of 15% compared to the average of the last five years. If this fails, forced restriction of the gas supply may be necessary.

But in the medium term, in the context of the global LNG boom, we can expect a significant increase in both the volume of deliveries and the number of exporters to the European market. For example, Qatar will commission a gas liquefaction plant in the United States in 2024, focused on the European market. Or the growing plan to liquefy Israeli gas at two plants in Egypt with subsequent shipment to the EU. Or, say, the first floating LNG plant in Mozambique.

If we add the aforementioned increase in gas exports by pipeline from Azerbaijan, Algeria, Norway and possibly the Netherlands, the already announced goal in Germany in 2024 of minimizing or even to eliminate gas purchases from Russia, seems quite realistic. So it turns out that Europeans have to endure winter and hold out for a year. And then it will become much easier and, thanks to competition, probably cheaper.

Cologne received the Schalkethis Sunday, and came...
Previous articleParents refused to release their son from the hospital: the police took him to a crisis center
Next articleRussia will not resume issuing electronic visas