Bloomberg: Kremlin will keep gas supplies to Europe at a minimum until EU lifts sanctions 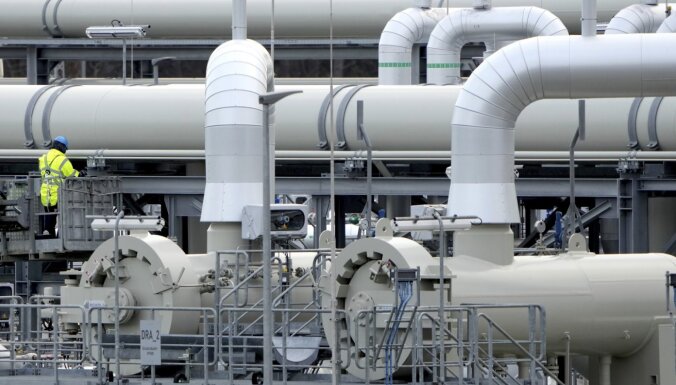 The Kremlin will keep gas supplies to Europe at a minimum as long as the standoff over Ukraine continues. On this subject informed Bloomberg, citing sources close to the position of Russian leaders.

According to the agency’s interlocutors, the technical problems used by Russia to explain the drop in supplies are only a pretext. portal “Radio Liberty” .

In reality, the Kremlin is using the gas to pressure European leaders to reconsider sanctions and support for Kyiv. If supplies do not return to previous volumes by winter, Europe will face a catastrophic fuel shortage, Bloomberg notes.

According to one of the sources, Gazprom has already analyzed the financial implications of supply cuts for next year and decided to limit the damage by raising prices. Russia, to achieve its geopolitical goals, is ready to keep supplies lower and further, despite the loss of revenue, Bloomberg points out.

On Tuesday, EU countries agreed on a plan that would cut gas consumption by 15% next winter.

In June, Gazprom cut Germany’s supply to the European market by 40% via the Nord Stream 1 gas pipeline, to 67 million cubic meters per day. The reason for this was the lack of a turbine for the compressor station, which Siemens took away for repair and did not return in time due to sanctions.

From July 27, Gazprom will stop the operation of another Nord Stream 1 turbine, reducing the pumping volume to 20% of the planned capacity. Thus, from Wednesday, the daily flow of the gas pipeline will no longer exceed 33 million cubic meters of gas per day. According to the company, the gas turbine engine at the Portovaya compressor station requires scheduled overhaul and maintenance.

The German government has repeatedly stated that it considers the reason for the drop in supplies to Europe to be not technical, but political, and accused Russia of waging a “gas war” against the countries of the EU. Moscow categorically denies the accusations.

Cologne received the Schalkethis Sunday, and came...
Previous article“People are burying themselves on the couch”: how a man from Samara with a deformed skeleton, contrary to the predictions of doctors, became a successful athlete
Next articleDefense Ministry demonstrates ‘Baby’ in fiery carousel for Ukrainian nationalists