Germany is urgently seeking a substitute for Russian gas, fearing its shutdown 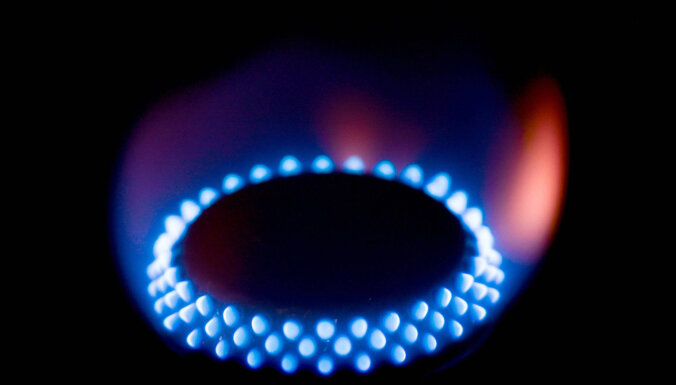 German energy expert Claudia Kaemfert says her life has been looking more like a nightmare lately. But worst of all, she had planned it.

Kemfert, who works at the German Institute for Economic Research (DIW), says that for 15 years she has been warning politicians and ordinary Germans that Germany is too dependent on Russian energy resources. She urged authorities to find alternative suppliers and focus on renewable energy sources.

In particular, Kemfert was adamantly against the construction of the Nord Stream 1 gas pipeline, through which Germany receives the lion’s share of gas.

“For those 15 years, I’ve said the same thing – over and over again. Hoping that we’ll never end up where we’ve ended up now,” she laments.

Vladimir Putin’s decision, which effectively turned the pipeline into a blackmail tool, plunged Germany into chaos. Moscow claims that the gas cuts in July, and then their complete suspension, were caused by the need to repair equipment, but no one in Germany believes this.

Even fewer believe that Russia can be relied on for essential winter gas supplies.

The country’s coalition government is struggling to secure alternative energy supplies. There are plans to build several floating terminals to receive liquefied natural gas (LNG). Negotiate deliveries with other countries like Qatar.

Photos of German Economy Minister Robert Habeck shaking hands in the Middle East in hopes of buying fossil fuels there have been met with ridicule at home: he represents the Green Party in government.

The government really had to revise some of its plans and guidelines.

In Germany, there is a fierce debate about whether to go ahead with the dismantling of nuclear power plants – the Greens, members of Olaf Scholz’s coalition government, are adamantly against nuclear energy.

Despite Berlin’s promise to abandon coal burning altogether, power plants that were mothballed earlier are now being launched in the country, although even Habek calls the move “depressing”.

This is why the air at the Duisburg terminal on the banks of the Rhine is saturated with coal dust. Barges loaded with black heaps of coal come here to unload more and more often.

The increase in the demand for coal transportation plays into the hands of shipping companies: they barely have time to fill orders. However, the director of HGK Shipping, Martina Becker, seems worried.

“Of course, it’s good for us that there are so many orders for water transport, but it’s thin ice. Due to the lack of gas, we may have to close businesses soon, and then we will have a recession,” she said. Complains.

Industry leaders agree that this is unfortunately a very realistic scenario. Without Russian gas, they say, the country will face catastrophic consequences.

A proposal is being discussed to allow companies to auction their excess gas. But while the talks are going on, precious time is running out,

Despite the unprecedented stifling heat in Europe, everyone thinks only of winter.

The German government encourages everyone to save energy and even encourages people to spend less time in hot showers. The country has a second level of emergency – the third threatens the introduction of energy quotas.

All of this added to concerns for Robert Tepes, whose hospitality business has yet to fully recover from the pandemic.

In the kitchen of his hotel, surrounded by sizzling pots that smell of roast meat, he tells me that without gas, the hotel and restaurant business is over.

“If we stop having gas, we won’t be able to cook. The kitchens will have to be closed, there’s just nothing we can do about it,” says Tepes.

What the Germans know for sure is that energy will be very, very expensive. Tepes is sure that this will lead to economic disaster: companies simply cannot pass all the costs on to the consumer.

“Before covid, we paid around 2,000 euros for gas per quarter, explains the hotelier. A few months ago, when we filled the storage for the last time, we already paid 5,000. What will happen in two months? That’s what worries me the most.

Of course, the gas shortage is not just Germany’s problem. But since this particular country depends on Russian gas more than other EU members, it hopes more than ever for the solidarity of the allies. Moreover, if Germany plunges into recession, it will of course drag the rest of Europe down with it.

However, Claudia Kemfert points to the results of expert calculations, according to which, even if Russia finally closes the valve, with proper economy and reasonable use of fuel, Germany will still be able to last the next winter.

“It will be bad if we are ill-prepared. We must import gas from other sources, we must still diversify imports”, sums up the expert.

“We need to fill storage facilities as much as possible, start saving energy and reduce gas demand now, trying to increase the amount of energy from renewable sources.”

Many in Germany hope for renewable energy and a reduction in demand.

Most of Europe is now trying to get rid of the Russian energy needle in order to cut off the flow of oil revenues, through which Putin is funding the war in Ukraine.

And although German ministers are pushing for a temporary increase in the use of coal, there is political will and growing public pressure in the country to oppose climate change.

The Russian president still has a chance to plunge Western countries into political and economic chaos. And much now depends on how countries like Germany and political blocs like the European Union respond to this challenge.

However, it is quite possible that by limiting energy supplies, Putin will unwittingly unite EU countries even more strongly and push Europe to end its dependence not only on Russian energy resources, but also on fuels. fossils in general. Forever and ever.

Cologne received the Schalkethis Sunday, and came...
Previous articleViracopos: company wants to keep the airport, but Anac resists
Next articleWhy is Binotto so spared from criticism from the Italian press? Journalists analyze