How much, how much, how to pay: what you need to understand about India’s growing oil purchases from Russia 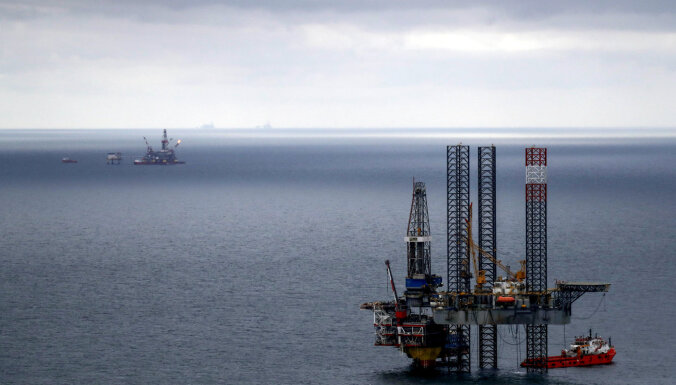 Despite continued Western calls for India to distance itself from Russia after the attack on Ukraine, Delhi has more than doubled its purchases of Russian oil from a year ago. The Indian government defends itself by saying that it buys less oil from Russia in an entire month than Europe does in a day.

India has taken advantage of preferential prices offered by Russia at a time when global energy prices are rising.

The United States acknowledges that there are no violations of the anti-Russian sanctions regime by India, but recalls that any support for Russia means support for its military aggression.

During a visit to Delhi in March this year, British Foreign Secretary Liz Truss urged India to be wary of reliance on Russia. At the same time, Russian Foreign Minister Sergei Lavrov also visited India for a visit.

He assured Indian partners that Russia is ready to discuss favorable terms for the import of all energy resources and goods, but warned that payment should be made in rubles.

Where does India get its oil from?

India ranks third in the world in terms of oil consumption after the United States and China. The country imports more than 80% of raw materials.

In 2021, Russian oil accounted for just 2% of the total, according to research group Kpler. We are talking about 12 million barrels of sour oil from the Urals.

The major oil exporters to the Indian market last year were Middle Eastern countries. A significant share also went to the United States and Nigeria.

In January-February of this year, India did not buy a single barrel from Russia. But contracts to buy the Urals, covering March, April, May and June, according to the Kpler group, exceed 26 million barrels in total, double the whole of last year.

How Much Does India Pay?

After the invasion of Russian troops in Ukraine, the number of buyers of Russian oil decreased significantly. Some governments and companies have decided to completely abandon Russian energy sources, which has led to lower prices, especially for the Ural grade.

The exact price offered by Russia to India is not known, but oil market analysts believe that the discount for the Urals compared to Brent oil, which is generally taken as the basis for price regulation, is around $30 a barrel.

As a rule, these two qualities of oil are sold at approximately the same price. But in March, the price of the Urals fell so much that the difference between them reached a historic maximum.

“Therefore, India is likely to buy at least some of this [российской] oil at a significant discount,” Kpler analyst Matt Smith said.

Side effects of financial sanctions

Despite the attractive price, Indian refiners are struggling to process transactions due to international sanctions imposed on Russian banks.

This makes business relations very difficult for both parties.

One option India is considering is a local currency payment system in which Russia would pay Indian exporters in rubles rather than dollars or euros.

The United States made clear in Delhi its attitude towards such a system, saying it could prop up the ruble or undermine the dollar-based financial system.

Where else can India buy oil?

Since February this year, India has dramatically increased its purchases of US commodities, according to analyst firm Refinitiv.

However, experts believe that the parties will not be able to maintain such a level of sales for long, as the United States will need its own oil to replenish volumes previously purchased from Russia.

The United States completely refused to import Russian oil, gas and coal as part of the Russian attack on Ukraine.

Meanwhile, trade between India and Iran, halted three years ago due to US sanctions on Iran, may soon resume.

Previously, a barter mechanism operated between Delhi and Tehran, and the parties hope to return to this.

That will depend on how quickly the issue of Iran’s nuclear program can be resolved. Since last November, a dozen rounds of negotiations have taken place in Vienna with the participation of Iran, the United States, the European Union, Russia and several European countries.

The essence of the agreement: Iran refuses to work on its nuclear program, the West lifts its sanctions. The signing of the agreement has already been thwarted several times.