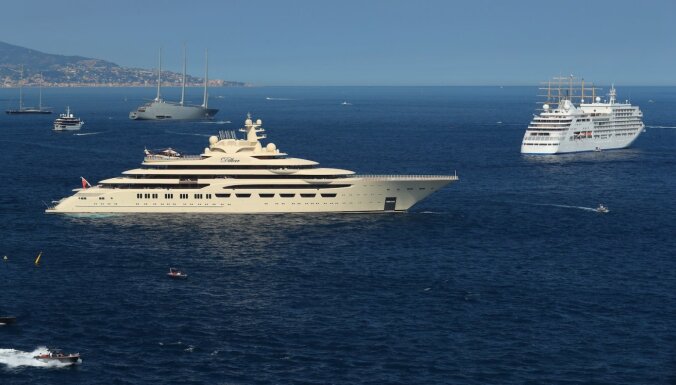 The Biden administration introduces a bill to Congress that empowers the government to confiscate identified and seized assets of Russian kleptocrats. The confiscated assets will be sold and the proceeds will be transferred to Ukraine.

The bill was introduced by the White House on Thursday morning, Washington time, and will soon be submitted to Congress.

Lawmakers in both houses of Congress have come out in favor of such measures. Just the day before, such a proposal had been approved by an overwhelming majority of members of the House of Representatives from both parties, but the White House presented a broader plan.

However, civil liberties advocates point out that the provisions of these bills are vulnerable to lawsuits because they may violate the US Constitution. It is not yet clear how the administration intends to solve this problem.

The new bill is known to involve coordination of actions between the State Department and the Departments of Finance, Commerce, and Justice.

“As part of the package, new powers will be identified to confiscate assets associated with Russian kleptocracy. This will allow the government to use the proceeds to support Ukraine and further strengthen relevant law enforcement tools,” the White House said in a statement.

Also, the RICO anti-corruption law, one of the main tools in the fight against organized crime, will introduce an additional offense of evading sanctions.

The Federal Treasury has already seized more than $1 billion worth of ships and planes linked to Russian oligarchs and frozen hundreds of millions of dollars in bank deposits, the White House said in a statement.

The bill, approved the day before by the House of Representatives, authorized (but did not require) that in the event of a complete confiscation of these assets and sale of the confiscated property, the proceeds would be transferred to Ukraine for certain purposes: the purchase of weapons for the Ukrainian army, restoration of post-war destruction, humanitarian aid to refugees. He was also authorized to use these funds for “humanitarian aid and development assistance to the Russian people”.

At the same time, the White House has asked Congress to approve an additional $33 billion in military, economic, and humanitarian aid to Ukraine. That’s more than double the $13.6 billion Congress appropriated for this purpose in March.

Previous articleMinnesota defeated the Flames thanks to Kaprizov. The striker grabbed a star
Next article“In short, we are alone here against the darkness. Let’s save the whole world from a digital prison”: the Leningrad band released a new song “Foreign Agent”