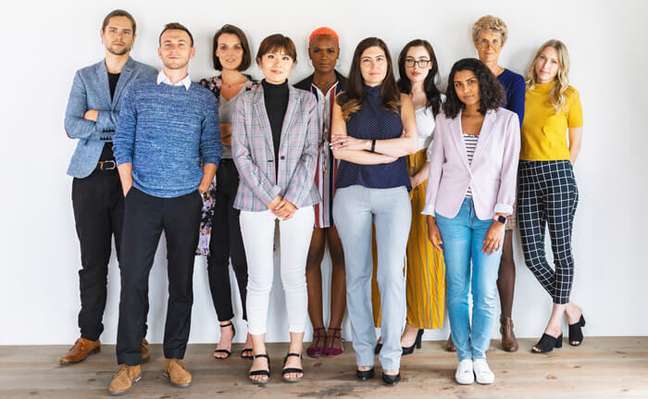 In recent years there has been a lot of talk about diversity and inclusion in organizations. Today, having a diversified team is not only a social duty but also a strategic one for the competitive advantage of the business.

We know that the current scenario is increasingly multifaceted when it comes to gender, sexual orientation, ethnicity, disability, age groups and more, and companies must adopt ever more daring strategies to be able to keep up with this movement, representing plurality of the country within its staff.

Having a representation on the team is important not only to provide opportunities for minority groups, it is also interesting for the business development.

According to IBGE data, 56.2% of the Brazilian population declare themselves black or brown, but when we analyze the current business scenario, something catches our attention. Black executives are less than 5% of the 500 largest Brazilian companies. As far as gender diversity is concerned, we are faced with a scenario where only 3% of the 250 largest Brazilian companies have women occupying the position of CEO.

According to data from the National Health Survey, about 2.9 million people claim to belong to the LGBTQIA + community, which represents 5.2% of the Brazilian population, but less than 0.5% of CEOs of large companies identify themselves as part of the community.

These numbers reflect the lack of policies to include minorities and the difficulty of accessing top positions. For this reason, it is essential to create programs that facilitate diversity.

According to McKinsey & Company, companies with less cultural and gender diversity tend to earn up to 29% less than their peers in the same industry.

On the other hand, a Harvard Business Review survey points out that 45% of people working in companies that welcome diversity said that the market share has grown from the previous year, and 70% say that the organization has conquered a new market.

This happens because include minority groups in the world of work allows these people to be protagonists in the development of new solutions, especially if they reach the communities to which they belong, increasing the chances of success of that product even more, precisely because the team members live the reality of those social groups to which the subject refers.

It is the duty of large companies to include diversity goals and inclusion in the strategic planning of the company so that the impacts of the difficulty of accessing minorities to senior management positions can be reduced, however, inclusion policies should not be only in the law, it is necessary for the organization to understand the true importance of these policies that offer opportunities to groups that have more obstacles in the way, reflecting consequently on the success of the business.

When Chinese businesswoman Yang Jing planned her...
Previous articleTwo hours of pure delight. Faster Than a Bullet starring Brad Pitt is out
Next articleAlesi criticizes the “negativity” of Ferrari fans in 2022: “It doesn’t bring anything good”