Opening of the Eurovision Song Contest 2022 in Turin 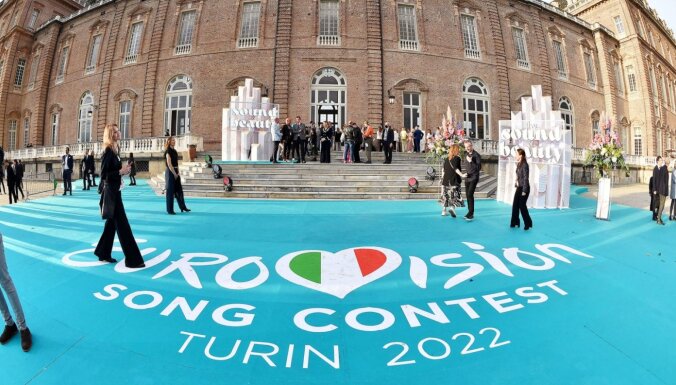 The opening ceremony took place at the Royal Palace of Venaria in the suburbs of the Italian metropolis. It brought together all the participants of the ongoing contest from 40 countries.

The Eurovision Song Contest 2022 opened on Sunday evening May 8 in Turin. At the Royal Palace of Venaria, on the outskirts of the Italian metropolis, artists from 40 participating countries were welcomed by the Mayor of Turin and the head of the Piedmont region, the management of the European Broadcasting Union (EBU) and the contest organizers. in Italy. The highlight of the ceremony was the traditional passage of competitors along the carpet, which at Eurovision is not red, but turquoise.

War in Ukraine and Eurovision

The theme of the war in Ukraine was not mentioned during the ceremony. Answering the presenter’s question about the musical style of the Kalush Orchestra, Oleg Psyuk, the soloist of this Ukrainian group, simply said: “Now more than ever, it is important to show our culture to the world”. He later added, “Ukrainian culture is alive – Ukrainian music is alive.” And members of Icelandic band Systur sang the chorus of John Lennon’s “Imagine,” which is also an anti-war anthem.

However, on the eve of the competition, many performers expressed their solidarity with the Kalush Orchestra and with Ukraine. The winners of the last Eurovision – the Maneskin group – during one of their concerts. Latvian sextet Citi Zeni recorded a cover of the song “Stefania” in Ukrainian, with which the Kalush Orchestra arrived in Turin. Georgian band Circus Mircus postponed the premiere of the video for their entry, posting on YouTube: “Video not available. Performer condemns Russian invasion of Ukraine.” And the German Malik Harris performed during the national selection with a guitar with a sticker in the colors of the Ukrainian flag “I am with Ukraine” (“I am with Ukraine”).

According to the predictions of the bookmakers, Kalush Orchestra is the big favorite to win this competition, far ahead of Mahmood&Blanco from Italy and Sam Ryder from Great Britain. The Eurovision 2022 semi-finals will take place on May 10 and 12, and the final on Saturday May 14.

The pariahs of Eurovision

Russia and Belarus are not participating in the current competition. The day after the start of a large-scale invasion by Russian troops in Ukraine, the European Broadcasting Union (the organizer of Eurovision) excluded Russia from the competition. After that, Russia withdrew from EMU.

Belarus was denied the right to participate in the 2021 competition. The reason for this was the words of Belarusian participants, which the EBU said violated the rules of “Eurovision” and could damage its reputation. Belteleradiocompany’s membership of the European Broadcasting Union has been suspended.

Previous articleThe Great Patriotic War: How the Soldiers Were Fed
Next articleZelensky: Ukraine will soon have two Victory Days