19 years on the air: Ellen DeGeneres closes her show with a meeting with Jennifer Aniston 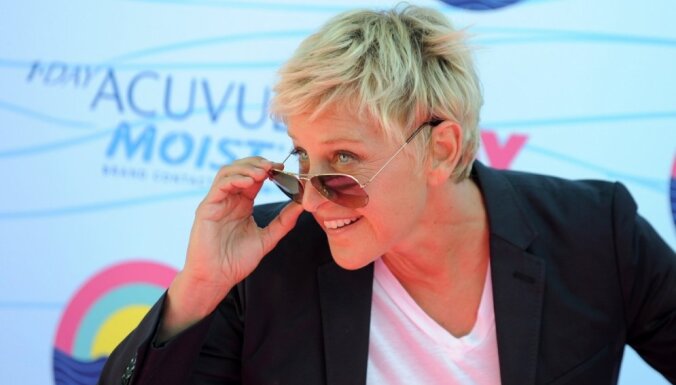 Aniston’s appearance in the latest episode will not be accidental – it was the star of “Friends” who was the first heroine of the series, which debuted in 2003. Aniston herself will take part in this program for the 20th time “anniversary”. DeGeneres also invited a host of celebrities to the latest episode of the iconic TV show, including Kim Kardashian, Jennifer Garner, Zac Efron, Gwen Stefani, Serena Williams, David Letterman, Diana Keaton and his wife Portia De Rossi, according to Decider.

Comedian and actress Ellen DeGeneres announced the imminent closure of her once hugely popular show in May last year. This comes after last season’s massive ratings drop, as well as employee complaints about a toxic work environment. However, the TV presenter said that was not the main reason for its closure. According to her, she has been considering the decision to complete work on the TV show for some time.

“You may be wondering why I decided to end the show after 19 seasons, but the truth is, I still trust my instincts. My gut told me the time was right,” said DeGeneres at Grazia magazine.

DeGeneres previously tweeted that the final episode would be on tape rather than live. She also wrote about her experience hosting the show. “When we started this show in 2003, the iPhone didn’t exist yet. Social media didn’t exist. Gay marriage was illegal. We’ve seen the world change, sometimes for the better, sometimes not,” said she writes.

“But no matter what, my goal has always been to make my show a place where we can all come together and laugh for an hour,” she added. “Being invited into your life has been the greatest privilege of my life and has brought me great joy. Thank you. Thank you. Thank you,” DeseretNews quoted the TV host as saying.

Previous articleNetflix’s Marilyn Monroe Biopic Will Offend Everyone
Next articleVIDEO: The third season of the series “Love, Death and Robots” is soon on the screens