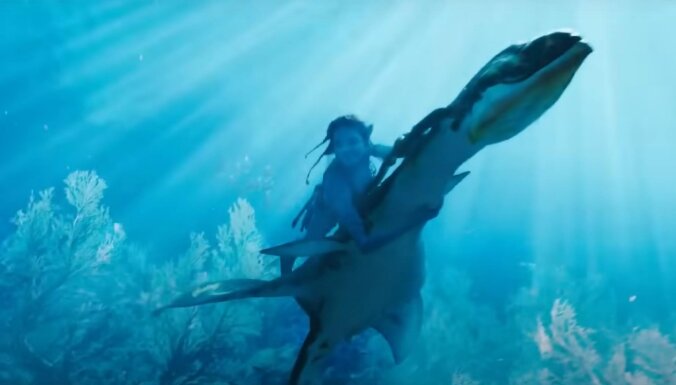 Recently, the first official teaser for James Cameron’s new movie “Avatar 2” appeared on the network. The events of the film “The Way to Water” take place more than ten years after the finale of the first part. In the first 24 hours, the original video received almost 150 million views on digital platforms.

The main characters in the new story are former Earth soldier Jake Sully, who remained forever on Pandora in avatar form, his beloved Neytiri, and their children. The film, according to its creators, “will tell of the troubles that haunt them, the battles they fight, the tragedies they endure, and the efforts they go to to protect one another.”

Avatar: The Way of the Water will be released worldwide in December 2022. The release dates for the next installments of the saga have been announced – in 2024, 2026 and 2028. And in September an updated version of “Avatar ‘ will be sent back to theaters to remind viewers of that, as well as show it to a new generation, as 13 years have passed since the first installment was released.

The sequels were filmed in New Zealand. According to Screen Rant, a significant portion of the film will take place underwater. Cameron used sophisticated and expensive new technologies, including underwater filming, to bring his ideas to life.

Former US President Donald Trump knew his...
Previous articleVIDEO: The third season of the series “Love, Death and Robots” is soon on the screens
Next articleKirill Serebrennikov will show a fragment of the film with Ben Whishaw in the role of Eduard Limonov in Cannes