“Peace to your home”: a Ukrainian film directed by a resident of Riga is released in theaters 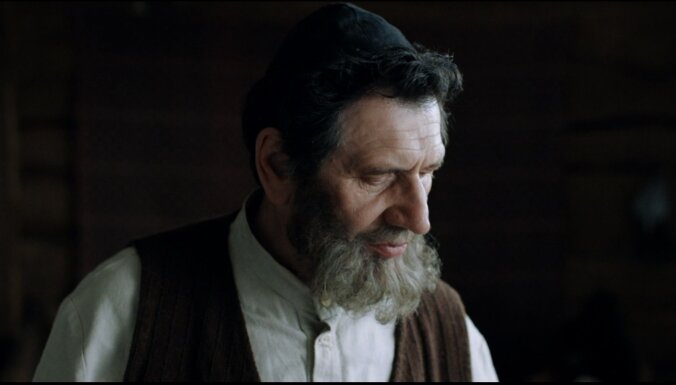 On May 20, Ukrainian director Vladimir Lert’s film “Peace to your home!” », based on the works of Sholom Aleichem, will be released in Latvia. The director of the film is a former resident of Riga living in the United States. The film was shot in Russian.

The film is set in the Russian Empire, Ukraine at the beginning of the 20th century. Old man Tevye lives with his family in a small village, earning his living by producing and marketing dairy products. His main concern is five daughters to marry. And there is no end to rich suitors, but it’s bad luck – each of the girls seeks to choose their own path and live according to their conscience, giving preference to sincere feelings. In the meantime, the Constable, bearer of the royal decree on the resettlement of Jews beyond the settlement area, is already ready to break their fate.

The main roles in the film were played by Vladimir Dolinsky, Evgeny Knyazev, Andrey Kaikov and Anton Shagin. What director Vladimir Lert himself says about his film: “This film is very personal for me. My grandfather, who survived the Holocaust in Poland, escaped from a concentration camp , was in the partisan detachment of Belsky, later ended up in Siberia, then in Latvia my Tevye was born – I embodied the memories of my grandfather in the picture and made this film in his memory.”

The idea for the film arose after Vladimir Lert saw the performance of the Kyiv Drama Theater “Tevye-Tevel”, where the role of Tevye was later played by Bogdan Stupka. After the first joint work in the cinema, the outstanding artist himself invited the young director to film a classic Jewish story, dreaming of embodying the image of Tevye on the screen and “winning an Oscar”. Unfortunately, fate decided otherwise. Soon Bogdan Stupka died. However, the director considered it his duty to make this picture, dedicating it to the great artist.

“We have been creating this film for five years, specifically for the cinema. I am sure that for the public it will be an unforgettable emotional experience. Our film is filled with humor and an incredible positive energy, which makes it easier to walk in life.” This film was screened all over the world and audiences everywhere received it very warmly. I was born in Riga and I’m happy that the film will finally be released in my homeland,” says the director.