Music producers believe there is nothing wrong with our Eurovision participants 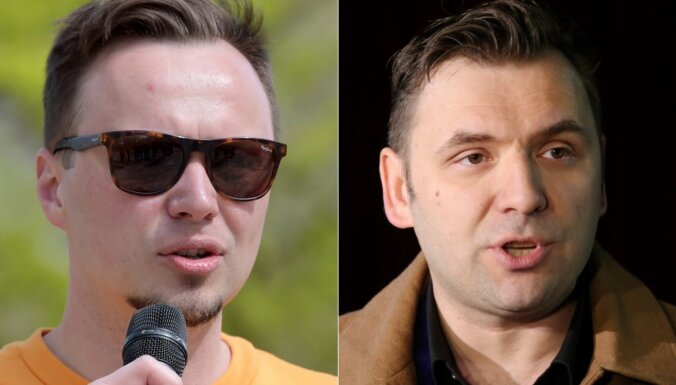 Absolutely nothing can be faulted for the performance of Citi zēni, who represented Latvia in the Eurovision Song Contest, music producer and DJ Rudolfs Budze (DJ Rudd) told LETA. Recall that Latvia again failed to qualify for the final of the competition.

According to Budze, he does not understand why Citi zēni did not qualify for the Eurovision final. In his opinion, maybe they were just unlucky. Our guys’ performance was on par, so it’s hard to say what the reason for the failure was.

Meanwhile, producer Juris Millers, in turn, said that Citi zēni gave their best in the song contest, despite the fact that they failed to qualify for the final. He noted that the results of the national vote are still unknown, so it is impossible to draw definitive conclusions.

“If we are talking about success or failure, I think it is necessary to assess the mood of Europe here. In the semi-finals there were two stylistically and musically similar compositions – from Moldova and Latvia As we can see, Europeans liked Moldova’s performance more than Latvia’s representatives,” Millers said.

The producer cannot accuse the group Citi zēni, for example, of bad singing, choreography or the like. According to Millers, the group has done a very good job compared to either Latvian representative in recent years. He admitted that this time Europe did not understand the band and its message and “wasn’t in the mood”.

As previously reported, the first semi-final of the Eurovision Song Contest ended on Tuesday in Turin, Italy. Unfortunately, Latvia again did not reach the final. According to the voting results, 10 countries reached the final: Switzerland, Armenia, Iceland, Lithuania, Portugal, Norway, Greece, Ukraine, Moldova and the Netherlands.

The second semi-final will take place on May 12, the final on May 14. The representatives of the countries organizing the competition enter automatically: Great Britain, Germany, Spain, Italy and France.

The most likely winner, according to bookmakers, is Ukraine – its chances are estimated at 49%.

Previous article“Peace to your home”: a Ukrainian film directed by a resident of Riga is released in theaters
Next articleEwan McGregor drinks mate and loves Argentina: ‘Patagonia is a dream come true’