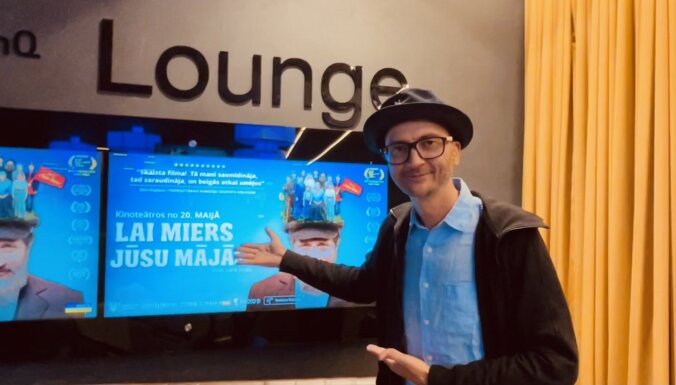 The tragicomedy based on the play “Memorial Prayer” by Grigoriy Gorin, based on “Tevye the Milkman” by Sholom Aleichem, was directed by Ukrainian director Vladimir Lert, born in Riga. For him, it’s a very personal film, which he dedicated to his grandfather and to Bogdan Stupka.

Russian Empire, Ukraine, early 20th century. Old man Tevye lives with his family in a small village, earning his living by producing and marketing dairy products. His main concern is five daughters to marry. And there is no end to rich suitors, but it’s bad luck – each of the girls seeks to choose their own path and live according to their conscience, giving preference to sincere feelings. In the meantime, the Constable carrying the Tsar’s decree on the resettlement of the Jews beyond the settlement area is already on his way…

“This film is very personal for me, says director Vladimir Lert. My grandfather, a Holocaust survivor in Poland, escaped from a concentration camp, was in the Belsky partisan detachment, later he ended up in Siberia, then in Latvia. From there my Tevye was born – I embodied in the picture the memories of my grandfather and made this film in his memory.”

For the audience of Riga, this film can evoke memories of the ironic semi-fairy-tale paintings of Mark Zakharov, created according to the scripts of the same Grigory Gorin. And also – the tour of “Lenkom” with Yevgeny Leonov in his best role as Tevye the Milkman.

The idea for this film arose after Vladimir Lert saw the performance of the Kyiv Drama Theater named after Ivan Franko “Tevye-Tevel”, where the role of Tevye was played by Bogdan Stupka. After the first joint work in the cinema, the outstanding artist himself invited the young director to film the Jewish history of the textbook, dreaming of embodying the image of Tevye on the screen and “winning an Oscar”. Unfortunately, fate decided otherwise. Soon Bogdan Stupka died. However, the director considered it his duty to make this picture, dedicating it to the great artist.

“When Bogdan Stupka offered me to film his legendary performance,” Vladimir Lert recalls, “I asked, ‘Bogdan Silvestrovich, are you serious? But who is going to entrust me with this work?”https://rus.delfi.lv/showtime/news/picsnsounds/pics/.”Me”, replied Stupka. – You go, and if asked – answer that I want you to do this movie.” I froze. “Well, why are you looking at me so strangely? asked the master. – Come on, I tell you, and use my name, no one will refuse you.” I am grateful to Bogdan Silvestrovich for choosing me as the director for the film adaptation of one of his favorite works. In creating this film, I felt a great responsibility towards him, towards Grigory Gorin, and towards future viewers.”

Shot in 2017 and premiering in Latvia in 2022, the film says that you should always try to reach an agreement and resolve everything peacefully. Even if Russians, Ukrainians and Jews live in the same village, and some raise their hats in the house, others never and for nothing.

Sao Paulo, 28 - The federal government...
Previous articleBloomberg: In three months, Aeroflot will be forced to dismantle its planes due to a shortage of spare parts
Next articleA Kyiv court sentenced Russian army Shishimarin to life imprisonment