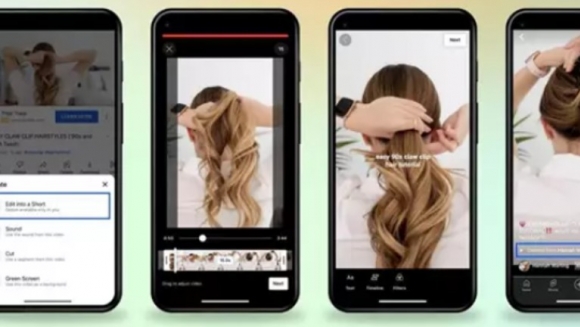 google It has implemented a new YouTube update for iOS and Android that introduces the ability to convert a long video already posted on the platform to another shorter video called YouTube Shorts.

YouTube Shorts is a YouTube function that comes through the beta version of this Google service. lets you create vertical videos and of short duration, from 15 seconds to one minute.

As YouTube Shorts product manager Todd Sherman said at a meeting, the company described this format as “a new paradigm” and “a new type of creator product”, much like the one currently used on TikTok.

Now YouTube Shorts are uploaded directly to the video platform and any vertical video shorter than one minute has been uploaded as a Short or not, It was entitled to be shown in the section it covered on YouTube.

But the company has announced that it’s now possible to create new content using the same editing tools this experience already has, by importing longer videos and converting them into YouTube Shorts of up to 60 seconds.

As Google put it in an entry in the Help Center, this update allows “to breathe new life into classic content” and gives creators a “new way to engage” their audience.

It is also detailed that if a part of the video with a duration of less than 60 seconds is selected, additional videos can be recorded with the Shorts camera and even more videos can be uploaded from the gallery to reach the minute.

Short videos created from longer videos will be linked to the original videos, so those who watch the YouTube Shorts version will also have access to the longer format.

Likewise, Google pointed out that only the original creators of the content can make this change from long format to short format, not users who have access to them.

This option is implemented for mobile versions of YouTube on devices with the operating system. iOS and Android.

Previous articleOrdinary citizens will not be allowed to enter: special stores for foreigners will appear in Russia, where they will accept dollars and euros
Next articleWest Bank: Israeli army arrests 23 Palestinians