Decision Warner Bros. the cancellation of the release of the film Batgirl already filmed shocked its creators and its fans 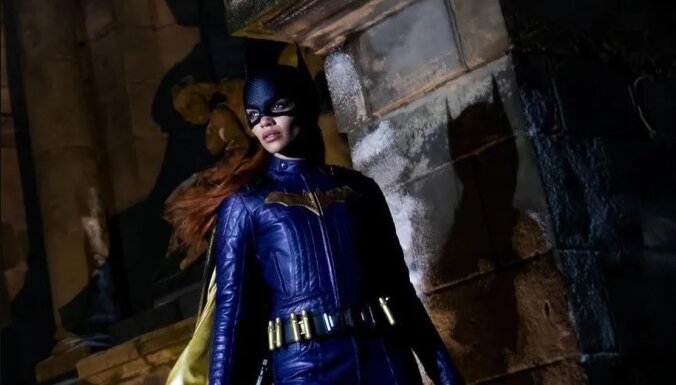 Warner Bros. canceled the release of Batgirl. The $70 million film was shot in Glasgow, was nearing completion and was due to hit screens later this year, but it won’t happen.

The cancellation of a film’s release near the final stage of its production is an exceptionally rare occurrence. Filmmakers and fans said they were deeply shocked by the decision.

The main character of the film is the heroine of the DC Comics universe, Barbara Gordon, alias Batgirl, played by American singer and actress Leslie Grace.

Why Warner Bros. did you rent a movie?

In an official statement from Warner Bros. explained that the move was the result of a change in management strategy.

“The decision not to release Batgirl reflects a shift in leadership policy towards the development of the DC Universe and HBO Max. Leslie Grace is an incredibly talented actress and this decision is not about the quality of her performance. We are incredibly grateful to the filmmakers and the cast and look forward to working with all of them in the near future,” a company spokesperson said.

The decision to cancel came after Warner Bros. merged with Discovery in May 2021, with David Zaslav as the merged company’s new CEO.

According to The Hollywood Reporter, Zaslav began prioritizing cost-cutting measures and refocusing the company on making complex feature films for theaters rather than streaming projects.

According to experts, “Batgirl” was the first victim of a change in corporate strategy.

Originally Warner Bros. is committed to making movies that can be streamed directly on the HBO Max platform as part of an effort to grow subscribers in the ever-growing streaming industry.

The decision, prompted in part by the need to circumvent the film distribution system, was not popular with creative directors and appears to have been reversed after the merger with Discovery.

Industry insiders quoted by Variety magazine say Batgirl is caught between two chairs: not big enough to only be released in theaters with their expensive marketing requirements, but also too expensive to be profitable in competitive streaming.

The publication’s pundits say the $90 million hole left in the studio’s balance sheet will likely be filled through a tax deduction, a process in which companies reduce their tax liability by deducting losses from profits.

There is another version. For example, The New York Post reported that the decision not to show the film followed poor reviews for test screenings.

An industry source told the publication that the film’s quality also played a role in the cancellation, with Batgirl previews giving the film a score of 30 out of 100.

At the same time, principal filming had already been completed for the test screening, and most of the post-production had been completed, where special effects, sound and computer graphics were added, so the film would not have not changed much.

What happened to Batgirl is extremely unusual

Movies face all sorts of challenges while making them. Projects move from studio to studio, directors and actors come and go, and scripts often get stuck in what’s called “development hell” for years before cameras even start. to film anything.

But what happened to Batgirl is much more unusual. When a movie is almost done and $90 million has been spent, the chances of it not seeing the light of day are extremely low.

Rumor has it that the film was not well received by the public during the previews. But that’s not uncommon for a blockbuster either: at the time of the test screenings, the special effects are often still in their raw state, which reduces the enthusiasm of the public. But, as a rule, at the stage when the film is almost finished, the bad reviews from the public have never stopped the client of the film from praising it.

The Batgirl incident could set a precedent in a changing industry that will define the future of films that are ‘in the middle’ – not too cool to be shown only in theaters, and too expensive to be released exclusively to streaming subscribers .

At least that’s the kind of strategic shift that seems to have taken place at parent company Warner Discovery, which has decided to no longer produce big-budget blockbusters exclusively for its streaming service, HBO Max.

This is a significant shift from the day-to-day strategy adopted by the former WarnerMedia CEO, where big blockbusters were simulcast with theaters.

How did the cast and fans react?

The makers of Batgirl said they were shocked the studio pulled a $90 million superhero movie from theaters and it will no longer be released in any format.

“We still can’t believe it. As directors, it’s very important to us that our work is shown to the public. And although the film is far from finished, we want fans around the world to have the opportunity to see and evaluate the final cut for themselves,” directors Adil El Arbi and Bilal Fallah said in a statement.

Lesley Grace, who was supposed to star in the film, posted an upbeat statement on Twitter saying she was proud of the love, hard work and inspiration that the entire cast and crew put in this film over the course of seven months.

Querida family! On the heels of recent news regarding our film “Batgirl”, I’m proud of the love, hard work and intent that all of our amazing actors and tireless crew put into this film for 7 months in Scotland. pic.twitter.com/jGACQHoMjm

“To all Batgirl fans, thank you for the love and faith that allowed me to put on the cape and be, as Babs so aptly puts it, ‘my fucking hero’,” Grace added.

Fans weren’t left out either and launched a social media campaign under the hashtags #ReleaseTheBatgirlMovie and #SaveTheBatgirlMovie, where Warner Bros. and demand the release of the film.

Previous articleEmployee Anxiety: Learn how to dominate this monster
Next articleKrasnodar – Lokomotiv: where and at what time to watch the broadcast of the match of the 4th round of RPL