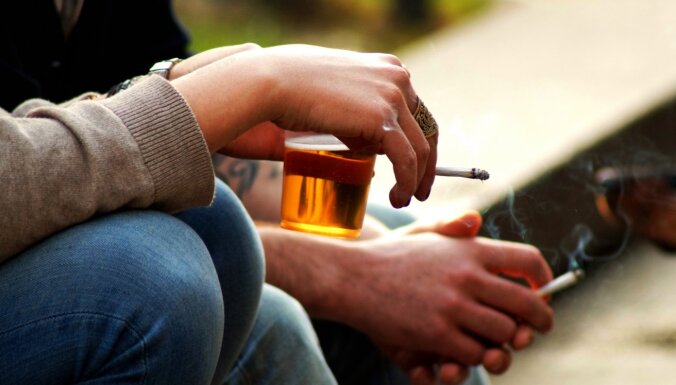 On May 15, police received allegations that in Kuldīga, shots were fired at cars, possibly with pneumatic guns. At the scene, it turned out that three cars had been damaged – all of them had a damaged windshield, one also had a body.

Law enforcement officers interviewed local residents and obtained the necessary information. On the same day, two men suspected of having committed a crime were arrested and a search was carried out of the apartment from which the shots were allegedly fired. A pneumatic weapon was found in the apartment.

At the time of the arrest, the men were intoxicated and confessed to their actions. The night before, they too were drunk, for fun, decided to shoot first at the trees, then at the cars.

By law, it is prohibited to carry, transport and use any weapon if more than 0.5 ppm of alcohol is detected in the breath or blood, as well as under the influence of narcotic, psychotropic substances, toxic or other intoxicants.

For intentional damage to the property of others, the law provides penalties in the form of imprisonment for up to two years, hard labor or a fine.