Police found 16 kg of marijuana from Spain; cocaine seized in Plavnieki and Imanta 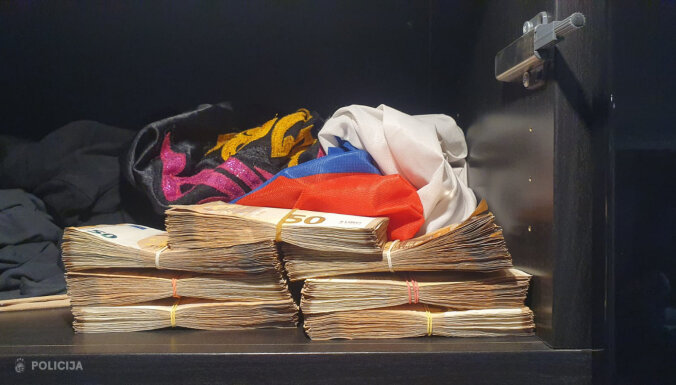 A man was arrested last week in connection with a criminal trial for drug trafficking. During the search, 16 kilograms of marijuana were found, which were most likely smuggled from Spain to Latvia for resale.

The man was arrested on the Riga-Sigulda-Estonia border highway on May 13. Marijuana was found in a shipment of food (chips), only five kilograms. During a search of the man’s home and garage, another 11 kilograms of marijuana were found and seized.

According to available information, a man born in 1976. for a long time he smuggled drugs from Spain, hiding them between legal property. The suspect faces five to 15 years in prison. The police continue their investigation, establishing a circle of people who may also be involved in this crime.

In turn, in the Plavnieki microdistrict, on May 12, a man born in 1986, who had already come to the attention of the police, was arrested for selling cocaine. He was found to have 50 grams of cocaine and a search of the house found 50,000 euros in cash, which was likely received for selling drugs. A car worth 20,000 euros was also confiscated. The man is arrested.

Information about possible drug trafficking has also been received from residents of Imanta. In order to be able to quickly get inside the apartment and prevent the destruction of evidence, Omega special forces fighters were involved. A woman born in 1966 was detained in the apartment. and a man born in 2000 During the search, 30 grams of cocaine, 160 grams of amphetamines, 30 grams of marijuana and 2,600 euros in cash were found and seized. The two detainees were arrested.

In the cases of Plavnieki and Imanta, criminal proceedings were initiated – for the illegal acquisition, storage and sale of narcotics on a large scale. For this criminal act, the law provides for a penalty in the form of imprisonment from five to 15 years.

Previous articleKate Moss and Lucian Freud: the relationship between the top model and the painter will become a film
Next articleBelarus loses up to $18 billion a year from sanctions