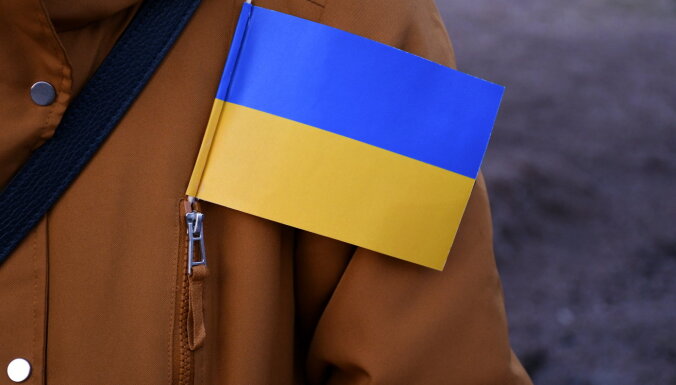 At the request of the police last Sunday, the court decided to keep under arrest a man born in 1984 who, on May 20, inflicted bodily injuries on a young man displaying the flag of Ukraine. The decision can be appealed to the Riga District Court.

As previously reported, on Friday evening, after the event at Victory Park, an incident was recorded on Eduard Smilgya Street. A certain BMW driver got out of his car and inflicted bodily injuries on a young man born in 2003. The flag of Ukraine was thrown over the shoulders of a young man.

After the attack, the driver fled towards Barinu Street. The police opened a criminal case and put the attacker on the wanted list. Police found the car in one of the yards of a private home, but the state registration number was changed to the car – possibly the assailant was trying to hide his location.

At around 2 a.m., RRUP Zemgale district employees, with the support of special forces, arrested the suspect. It was actually a man born in 1984, who was hiding behind a fireplace in the attic of his home.

Criminal proceedings were initiated under Part 2 of Article 231 of the Criminal Law on hooliganism associated with bodily harm inflicted on the victim. Such a violation of the law is punishable by imprisonment for up to 5 years or a short term imprisonment, as well as police surveillance, community service or a fine.

According to Part 14 of Article 48 of the Criminal Code, during the investigation, the aggravating factors of guilt are assessed, as well as whether the criminal act is connected with incitement to national, ethnic or social hatred .

Previous articleSharon Stone wore a gorgeous dress and got all eyes on the Cannes red carpet.
Next articlePolish PM urges Norway to share windfall profits from oil and gas exports