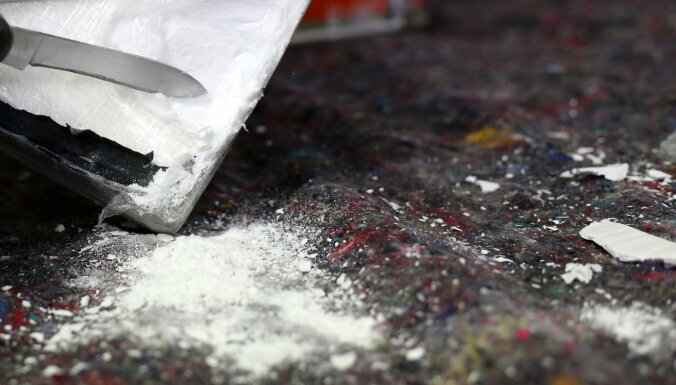 The murder of Gennady Valyagin in Riga’s Plavnieki microdistrict in early March was linked to the disappearance of a shipment of cocaine, reports the TV3 program “Nekā personīga”.

Valyagin, a representative of the once influential Kharitonov Brigade, was one of the leaders of organized crime in Latvia. In recent years, he has been in a conflict situation. As the program became known, Valyagin was supposed to ensure the transit of cocaine through Latvia. But the cargo was gone and the man didn’t want to return the money.

Police suspect an international organized crime group of masterminding the murder. A Lithuanian citizen was arrested in this case.

As reported, on March 11, in Plavnieki, a man who was in a car was shot near a public catering establishment. After the victim was shot, the alleged perpetrators fled the scene, but several people were arrested by police during the “Intercept” plan.

During the investigation, the police discovered that one of the detainees that day was involved in the murder. He is taken into custody. The other people, whose connection to the incident has not been confirmed, have been released, state police told LETA. As part of the investigation, police also identified other suspected members of organized crime.

Gennady Valyagin, convicted in the Kharitonov group case, was released in 2000, less than a year before the end of his sentence. In 1998, the Supreme Court found Valyagin guilty and sentenced him to 6.5 years in prison with confiscation of property. Valyagin was tried and convicted under the Penal Code for “forming or participating in an organized group for the purpose of extortion and hostage-taking or detention, if accompanied by a threat of murder, injury to health or detention for the purpose of coercing a person to commit acts.”

Previous article“Focus on your skin type”: the expert explained what to expect from a glycolic peel
Next articleAfter electricity, Russia cuts gas to Finland