Case of an immunologist: without a court verdict, the Society of Physicians will not revoke Nikiforenko’s certificate 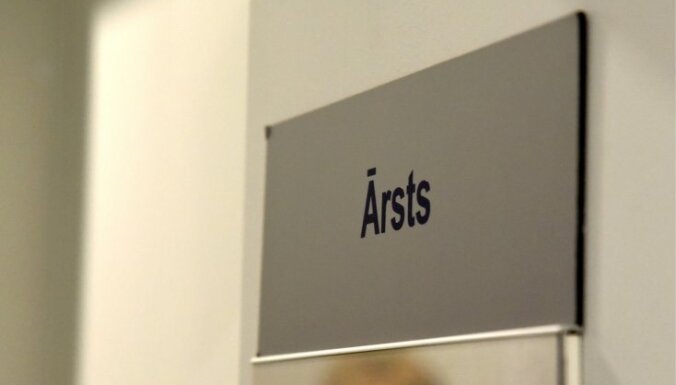 Earlier this week, the prosecutor of the Eastern Riga prosecutor’s office decided to prosecute immunologist Yevgeny Nikiforenko for sexual violence and harassment of his patients. At the end of February, the police arrested Nikiforenko and he was also banned from doing his job. For their part, medical organizations do not plan to take any action before waiting for a court decision. This is reported LSM.lv in reference to Latvian radio.

In total, Nikiforenko is charged with committing seven crimes under two criminal law standards. A total of five women were recognized as victims in the case. Other patients who may have been sexually abused by a doctor are being heard under the old version of the law. The prosecution refrains from more detailed comments in order not to harm the rest of the procedure.

Several patients wrote applications to the health inspectorate for Nikiforenko. The representative of the institution, Iveta Balode, did not specify the number of applications received, because the criminal procedure is in progress.

“It can only be said that after the Inspectorate’s public appeal to those who question a doctor’s medical fitness to respond, these people did. And the inquiries were sent to the police of State and the Attorney General’s office. (..) I think we have to wait for the court’s decision. Will be included in the court’s decision, the health inspectorate will also take the appropriate measures,” Balode said.

In other words, the Health Inspectorate will not act until the court has rendered its decision.

The Latvian Society of Physicians, which is responsible for professional certificates for doctors, is also awaiting a court ruling.

“A person can be charged when their guilt is proven. When their guilt is legally proven, we as the Society of Physicians will act. Otherwise, there will be ‘lynching’ trials one after another. We We can temporarily suspend the validity of the certificate, but revoke the certificate only if there is a court decision,” explained the president of the organization, Ilze Aizsilniece.

Currently, the decrees of the Council of Ministers provide two criteria for the cancellation of a medical certificate – violation of ethical standards and violation of regulations. If the Society of Physicians does not recertify doctors for violations, they often go to court.

However, according to Aizsilniece, the association does not have much money and litigation is expensive. The company is therefore very cautious in such cases.

Recently signed by Santos, right-back Nathan and...
Previous articleBVB asks to initiate criminal proceedings against the police officer: he accepted bribes and laundered money
Next articleRenault is no more: the Volgogradsky Prospekt Automobile Plant has officially become Moskvich