A corpse lay in the courtyard of a house in Riga for several hours. The police had a reason not to cover the body 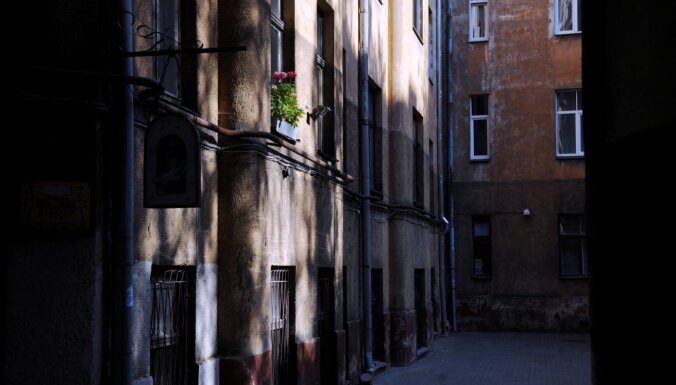 On the morning of April 9, in Riga, residents of an apartment building on Brivibas Street saw a terrifying sight – the abandoned, uncovered corpse of a young man lying for hours near garbage cans. State police explained that guards were prohibited from changing inspection locations and damaging evidence.

Eyewitness Katrina said her mother was forced to witness the gruesome scene on the morning of April 9. The woman lives in one of the houses on Brivibas Street, whose windows overlook the courtyard and the garbage cans, where the abandoned body of a young man lay in the hailstorm for about four hours.

“According to my mother, between 8 a.m. and 12 p.m. the police came and left several times. However, the remains of the young man were not covered during this whole time,” Katrina said, adding that due of what happened that day, she canceled a trip to visit her mother with my three year old.

Katrina worried about how such a strange scene could affect the child’s psyche. She said the yard is very small and anyone looking out the window can see the corpse.

The witness urged his mother to call the police on 110 and ask for the situation to be resolved. According to Katrina’s mother, officers told the woman to approach State Police officers and ask them to cover the body. She didn’t, but about 20 minutes after the conversation, law enforcement covered the body.

“I think it’s a complete mockery of someone’s child, husband, loved one. We’re not at war, so it’s okay. The attitude of the police is terrible” , said Katrina.

The state police explained to the The Postedia portal that while a preliminary investigation is underway on the spot, it is impossible to change the location of the inspection. Otherwise, the evidence may be damaged.

“If a deceased person is found, an expert also goes to the scene, and until he arrives, the task force is waiting for him,” said Gita Grzybowska, a representative of the state police, the action protocol. In this case, to avoid damaging the evidence, law enforcement decided not to close the body until the expert arrived.

State police do not deny that the situation has caused negative feelings among residents. Law enforcement also verified a specific phone conversation between Katrina’s mother and the operator and found no violation by the employee.

“The State Police Duty Officer listened to the caller and clarified if any police officers were present at the scene and why they were not asked the question. Why were they not asked to cover the body. When the caller replied that she couldn’t do that, the policewoman said she would contact her colleagues herself,” Grzybowska said.

Cologne received the Schalkethis Sunday, and came...
Previous articleThe major general, who died during the war in Ukraine, was buried in Saint Petersburg
Next articleThey assaulted and held Diego Schwartzman’s father hostage at his Palermo business