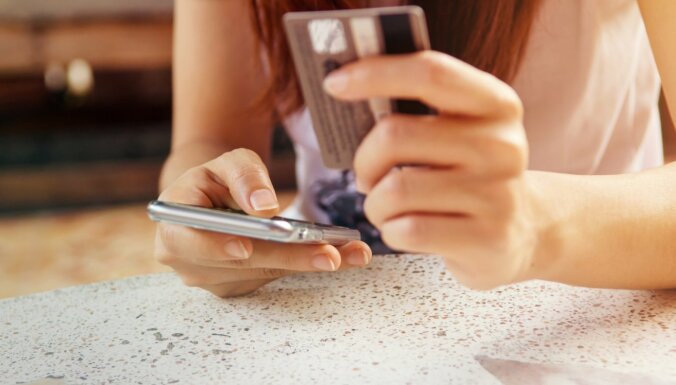 According to police information, people searched Google for a link to their Internet bank and opened advertisements leading to a fake Internet bank.

Unaware of the fact that the fake online banking link differs from the original, people entered their card details and PINs, therefore, this information became accessible to scammers.

On April 13, the Latgale State Police Station in Riga received a request from a woman born in 1990, who entered her personal data and passwords on the Luminor-Homepage-imbing.com website , confirming the request using Smart-ID.

After that, a “Suspicious transaction – card blocked” message appeared on the site, and a text message from Luminor’s official bank number was received on the mobile phone indicating that the bank card had been added to Google Pay.

Then you had to enter the code received in SMS supposedly to unlock the account and wait about 30 minutes. As a result, 3,656 euros were reserved in the victim’s bank account in the name of another person. The victim quickly contacted the bank and the damage was avoided.

Similar reports of petty scams have been received at other police stations.

The police are urging people to be careful and before entering their personal data and PIN codes on the Internet banking site, always make sure it is a real bank, paying attention that the name of the link fully corresponds to the original page. If you suspect fraud, you should first contact your bank and then go to the nearest police station.