Rubin – Sochi. Prediction for the match of the 27th day of the RPL 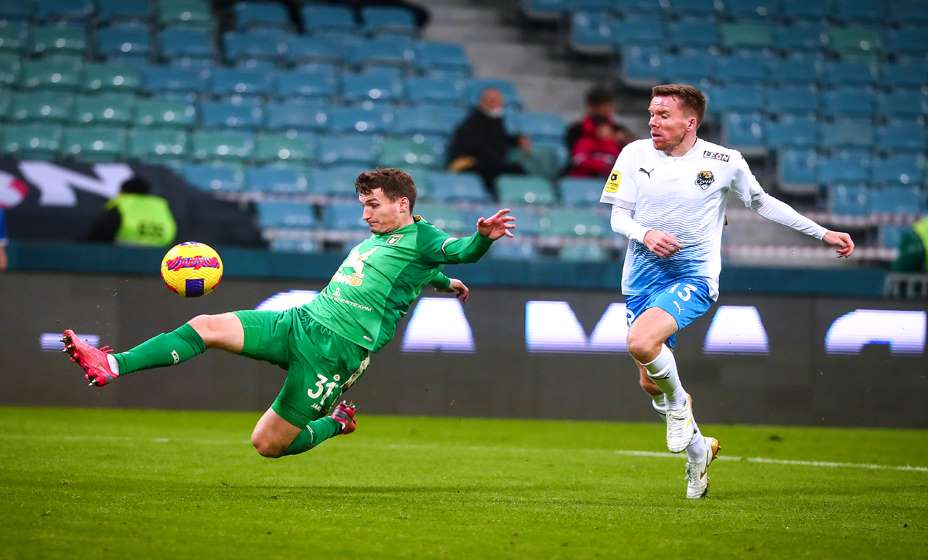 On April 30, Sochi, one of the RPL’s bronze contenders, will play their RPL matchday 27 match. The southerners will go to Kazan to play against the stalled Rubin. The match will start at 2:00 p.m. Moscow time.

Where to watch the match “Rubin” – “Sochi”

The meeting will be broadcast on Match! Foot 2″. The match will be judged by a team of referees led by Yan Bobrovsky.

How Rubin and Sochi perform in the RPL

“Sochi” continues CSKA’s “bronze” pursuit. The southerners have 46 points, they are only 1 point behind the Muscovites. Vladimir Fedotov’s team must win every game and hope for a red-blue miss. And the match against Rubin is a great opportunity to keep the plot going in the battle for third place.

First of all, Kazan have only won three RPL wins since November 21. Second, Leonid Slutsky’s players are 1 point from the relegation zone. Rubin is busted, another failure could cost the head coach a place at the club. Yes, and Sochi lost only once in 8 spring rounds. So the favorite for the next meeting is clear.

Forecast for the match “Rubin” – “Sochi”

The statistics of personal meetings between the teams are absolutely equal: 3 wins and 1 draw for two in 7 confrontation matches. The bookmakers believe that this time the southerners will win: the coefficient is 2.22 against 3.30 for Rubin’s success.

Cologne received the Schalkethis Sunday, and came...
Previous articleVolunteers bring emergency contraceptives to Ukraine
Next articleDynamo – Urals. Prediction for the match of the 27th day of the RPL