He was attacked during a youth football match in La Calera: ‘I was unconscious for 45 minutes’ 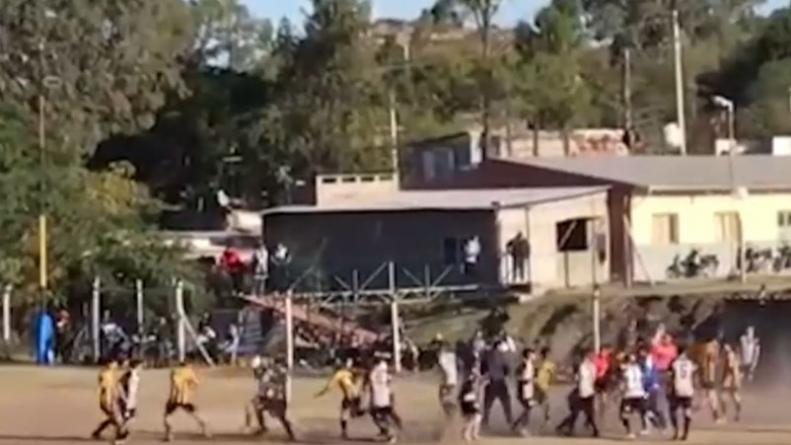 The beating occurred during a pitched battle in the Punilla League. Luciano suffered multiple injuries and spoke about the violent episode.

A Punilla League youth football match turned into a battlefield between players, parents and supporters. It happened on Saturday Calerain a match between Martín Ferreyra de Malagueño and Rumy.

A A 16-year-old boy was seriously injured after the group fight. “I was unconscious for 45 minutes”explained Luciano in dialogue with Twelve television news. According to his testimony, the match was still played until the rival’s fans started screaming and invaded the pitch.

“They all came in, they punched me and I fell down, I got up and they hit me again, even a kick in the face“, said the teenager, player of Martín Ferreyra de Malagueño.

With a black eye, Luciano repeated that several had hit him “on the ground”. “When I was able to get up, I left the pitch and at some point passed out. I was 45 minutes unconscious“, he indicated.

The meeting, which corresponded to the 5th date of the aforementioned regional tournament, ended with eight footballers expelled from each team.

Previous articleRFU Honorary President Koloskov: ‘Chefin’s personal position is more pragmatic and fair than that of the whole of UEFA’
Next articleWe know who will take the place of “Zenith” in the Champions League group stage