Flamengo fans gave Talleres a gift: what was the reason 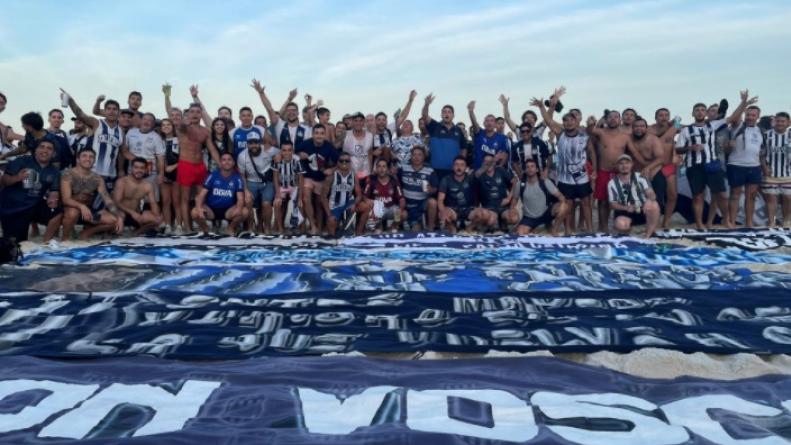 The Carioca entourage met representatives of Matador before the match. The Brazilian fans were optimistic and predicted a big victory for their team.

Dozens of Flamengo fans are in Córdoba and some of them were surprised by recognition for Talleres fans. The entourage arrived in the city to attend the match between the two teams, which will take place this Wednesday at 7:00 p.m., at the Mario Alberto Kempes stadium.

The duel is the key to defining the classifieds for the second round of the Copa Libertadores. While the Barrio Jardín box aims to add and establish itself in the second location of the areathe Brazilian giants want to consolidate the best start in their history in the group stage.

In dialogue with mobile Twelve television newsFlamengo fans commented: “We came to bring a gift to the Talleres club because in Brazil they were exceptional, they behaved well and had no problems”.

Moreover, they explained that the supporters of the Cordoba team made a similar gesture during their trip to Rio de Janeiro. They also pointed out that during the meetingthe president of the local club presented them with two Matador jerseys.

Beyond the gesture, the Brazilians did not fail to show their support for their team. “We arrived very well prepared, we are going to win 3-0. It will be a party on the pitch of Talleres”, assured one of the supporters.

“Today we qualified for the round of 16, with 3 goals from Gabigol,” added another. Meanwhile, a third tried to bring the positions closer by holding: “Talleres will finish in second place”.