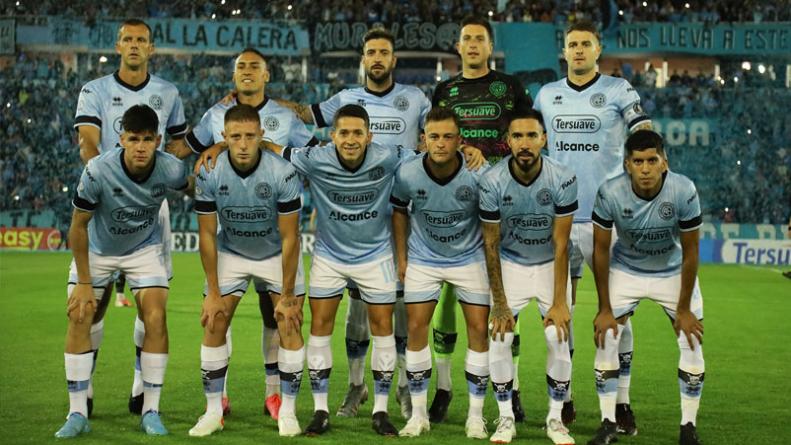 The “Pirate” remains undefeated at home in the First National and his efficiency grows after this precise moment in the second half.

the Belgrano by Guillermo Farré is the only First National pointer. With 13 dates contested so far, the “Pirate” leads the standings with 34 points, six more than the escort, San Martín de Tucumán.

Although he didn’t win easily against his rivals and didn’t display a flashy style of play, Alberdi’s team won their games with authority and based (in part) his leadership on three factors: his strong home team, a competitive team and the relentless pursuit of victory.

Specifically, his strength in the Julio Cesar Villagra Stadium represents one of its virtues since shows 100% efficiencyproduct of seven wins in the same number of games.

What is striking is that her best performances were seen after “Minute 68”moment in the game when pirate fans display all their colorful and impressive fireworks.

The number comes from the year of creation of the Belgrano bar, Los Piratas Celestes de Alberdi, which adopted the number as a representative symbol in the history of the group.

The whole deployment which takes place 23 minutes into the second half is financed by the fans themselves, who through collections via social networks raise funds to give an impressive setting to the local “B” matches.

Despite the years, the moments lived, I am always by your side CHE BELGRANO DEAR

Minute 68 / 4 curtains / Fireworks and the same 30 thousand as always. pic.twitter.com/mxnrdo7R6r

However, far from the stakes linked to football folklore, there is an impressive statistic that emerges around this “Minute 68”: Of the 13 goals he converted in Alberdi’s Giant, he converted 10 after that time.

In turn, this peculiarity further accentuates the preponderance of Belgrano in the second half of the entire championship: in the complements, he scored 17 of 19 goals, which represents 89% of the total objectives.

-On the first date of the national premiere, Guillermo Farré’s team won 1-0 over Atlético de Rafaelawith a goal from Joaquín Susvielles at minute 75.

-The second home game was a pirate victory by 2 to 1 against Estudiantes de Caseros. “Maxi” Comba, at 88, and Mariano Miño, at 95, have turned things around.

-In the fourth game in Alberdi it was victory of the “Farreneta” by 3 to 1 against San Telmo. Comba scored in the 38th minute of the first half, but the “Candombero” temporarily equalized with a goal against Diego Novaretti. There, the “mystic” appeared again after “Minute 68”: the “Pirate” prevailed with goals from Alejandro Rébola and Susvielles, respectively at 76 and 81 minutes.

-On day 9, an agonizing event took place 2-1 win against All Boys. After starting to lose, Belgrano turned things around with goals from Ibrahim Hesar and Novaretti, both in the dying moments of the game. 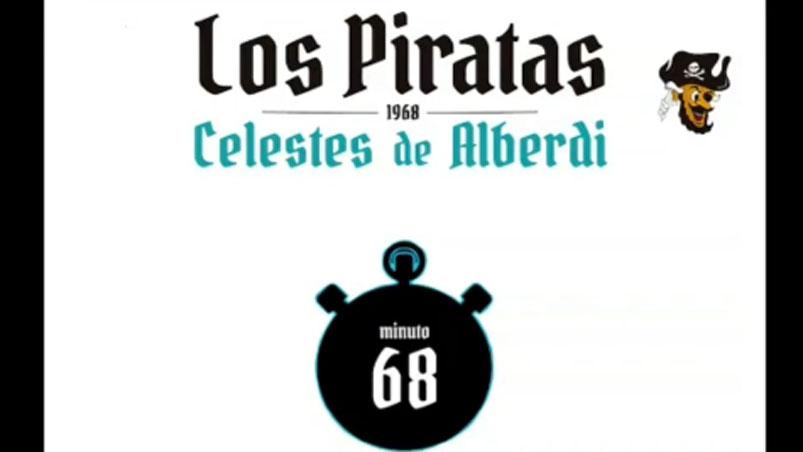 –Against Riestra, the “Celeste” began to win with a goal from Vegetti. Gustavo Fernández equalized for the visit, but Ulises Sánchez put the 2 to 1 with a free kick after 80 minutes.

-Finally, last Saturday Alberdi’s men won by the minimum against Admiral Brown with a goal from Miño. The moment of conquest? The 74th minute.

“Minute 68”, symbol of the illusion of Belgrano fans, who dream of the long-awaited promotion to the First Division.

Previous articleMessi posted a photo of pure relaxation in the Red Sea
Next articleLeandro Bolmaro, from Las Varillas to the NBA in just four years: “I like being from Cordoba”