More diversity, fewer taboos: the figure of handball who fights for LGBT visibility in sport 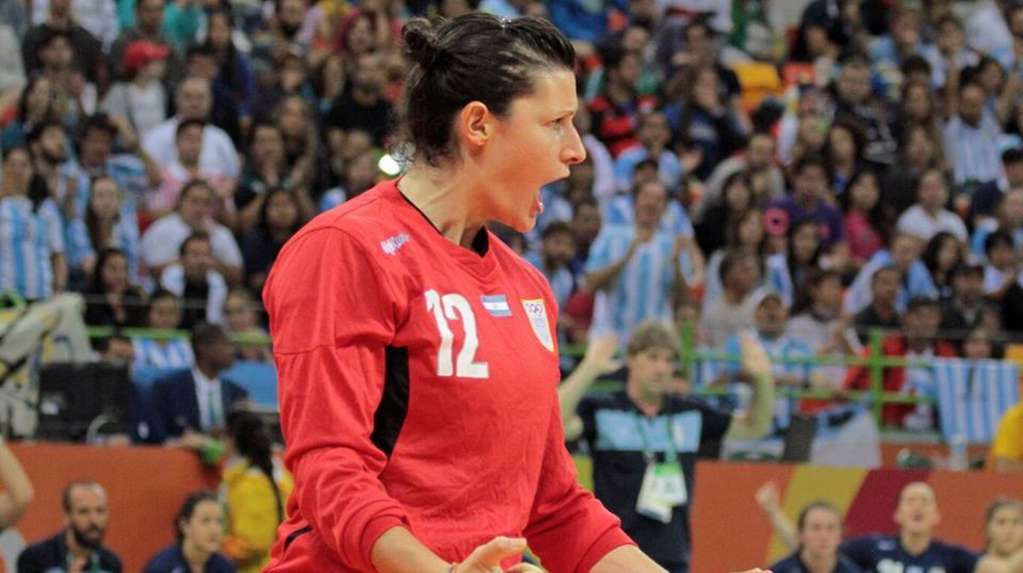 Valentina Kogan, former goalkeeper for the Argentinian national team, is not afraid of labels and relies on sharing her experiences to generate transformation. His love affair with Carolina and his analysis of why the sport still has resistance towards LGBT+ people.

It’s been a few years since Valentina Kugan , former goalkeeper of the Argentinian handball team, decided to tell her life story to raise awareness and break taboos. On the International Day Against Homophobia, Transphobia and Biphobia, raise your voice to speak out against the resistance that still persists for a truly diverse society. Bet that your personal journey will help others overcome obstacles.

“Sport in Argentina is run by conservative movements” insistently supports Valentina, in dialogue with NT . And he adds: “It is still governed by a rather sexist vision or linked to patriarchy since the incorporation of women is late.”

His tone of voice is soft, but firm when it comes to denouncing the old structures of the sports world. She, who has managed to travel and succeed in this field, is not afraid of being pigeonholed into certain labels and, on the contrary, seeks to generate a transformation so that there will never again be cases of people excluded because of their sexual orientation, gender expression or gender identity.

The moment he decided to speak openly about his sexual orientation

Since entering the world of handball, Valentina has chosen who tell them she was a lesbian. just made it public before going to try his luck in Spain in the early 2000s.

“It had to do with my own fears, not with someone telling me that if I said it I would be frowned upon. It was my process to communicate it little by little, first in my closest surroundings “, he underlined.

At that point, she chose who to tell about her sexual orientation (and, therefore, who she didn’t). In the Argentina national team, he found a small – but valuable – containment group : “We made a ‘ranch apart’ with those of us who were ‘in the same’ because of a theme of affinity, of codes. With time, age and experience, we gain more security and more confidence in being able to fully be who we really are.

For Valentina, in reality, violence -some smaller, others more notorious- has its origins in being a woman. “I had very troglodyte coaches which were wrong in many ways,” he argues.

“There was more misogyny than homophobia. That yes I have experienced it a lot in sport on the part of coaches, physical trainers and leaders. There was a thing against the women, a differentiation with the men’s teams, Many terms of great degradation have been used toward our bodies or toward our attitudes. They told us ‘these are sows, sows, piglets’ or ‘Look at the ass that one'”, he reviewed with displeasure.

“It’s that in sport the difference between men and women is very big salaries to lots of other things that are still relevant, but the question (of equality) is settled, it is on the agenda and little by little there is change”, said he enthused.

Homosexuality in sport: why is it more difficult for men to express it openly?

There are many cases – countless, in fact – of female athletes who have come out as openly lesbians. This happens in soccer, basketball, volleyball, hockey, tennis and many other disciplines. The case is different for men: there are only a handful of professional or amateur male athletes who have publicly disclosed that they are homosexual or bisexual. This week, Jake Daniels, player of the English promotion, confided in an interview.

“There are cases (of athletes who have said so) in the male branch, but they are significantly fewer. This is due to a social situation that responds to patriarchy. For these men, the responses are more aggressive and violent. There are more taboos in the male world. It is clearly observable: among elite athletes on the world stage, there are great female stars who have communicated their homosexuality, but there are few cases of men who have done so,” said Valentina .

And he continued: “At the Olympics, the subject started to come up and it started to be made visible. The Olympics are a very conservative structure, but in recent times they have opened the doors to diversity and acceptance of differences”.

Sport as a conservative structure

Argentina is a country with many advanced diversity laws and policies: equal marriage, gender identity law, comprehensive sex education (CSE), and non-binary DNI, among others. But these regulations do not always translate into real inclusion and resistance to change is still felt in the sport.

“Laws are often a response to something happening in society, but not everyone may respond to them. Whatever legislation we have, sport is a very conservative structure: in the clubs, changes are difficult to put in place”, assured the former athlete, who today holds a position in the executive direction of the Running Club and who is also a handball commentator on TV.

Kogan felt that the integration of women into the sport has been late and explained the reasons for this: “Women have less free time because they spend more hours on household chores, taking care of children. Historically, the Argentine sports management is neither praised nor professional but it’s ad honorem, so it’s something that is done in free time and women’s free time is limited , This is why in general the leaders are men. Because of this difficulty, the space for women, for diversity and for the incorporation of new contemporary concepts is even more restricted”.

What it was like to be a family of two moms: treatment, obstacles and surprise

Valentina and Carolina met, fell in love and decided to start a family together. They got married in 2013, and a year later they started planning the pregnancy. The decision about who was going to be pregnant was divided: the chosen one was Carolina since Valentina was in the process of qualifying for the Olympic Games in Rio de Janeiro in 2016 with the Argentine national team and being diabetic also generated doubts.

The method they chose was egg donation: Valentina put in her eggs and they were fertilized and implanted in Carolina’s uterus. “It was a very shared process. We wanted to do it like that to have the experience of both being physically involved, ”explained the former handball player.

Although the procedure was planned and desired, the couple suddenly encountered some setbacks: “I was about to go to a tournament in Cuba to seek qualification for the World Cup in Denmark and that same year, I had the Pan American Games in Toronto where we were going to get the ticket for the Olympics. I had a great sporting year and when they started doing the stimulation (to get the eggs) the doctor told me said: ‘Now, no sport for two weeks'”.

“I thought it was charging me. I am an athlete, I make a living from it. It was stress and learning for not knowing, for lack of information. Besides, it was quite a problem for me in sports: I was swollen, I had to be careful not to be touched by the ball… And I’m a goalkeeper! “, she continued.

Valentina and Carolina had two failed attempts that left them emotionally drained. But the desire to have children was stronger: at the beginning of 2016, they go on vacation, come back with their heads rested and decide to try again. The third treatment was successful and Caro became pregnant with twins.

The big surprise came when the doctors told them the estimated date of delivery, which practically coincided with the Rio Olympics. Again, an obstacle. “Caro already had the tickets to come with me and the doctor told her that if she traveled, the boys would be Brazilian because it was a high-risk pregnancy. Then, I traveled with the team, played, came back and two weeks later the babies were born at 7 months gestation ”.

Being athletic and diabetic

Diabetes and high level sports can be compatible. Valentina is faithful proof that it is possible. She lives with an insulin pump permanently attached to her body. He also wears a patch that constantly checks his blood sugar.

“Diabetes is very present in my life, I identify a lot with my diabetic condition I live in all my facets with this flag that sport is a tool for empowerment, that it is fundamental in all lives and even more so for a person with diabetes. There are many people with diabetes who evolve in different disciplines and this empathy or this community that is taking place is spectacular in setting an example, because the worst that can happen is that fear drives you away from sport. “, did he declare.

At 42 and already retired from professional activity, Valentina believes that in sport she has accomplished everything she set out to do: she has played in Argentina and abroad, and with the As a national team, she participated in World Cups, Pan American Games and an Olympic game. .

“Over time, new sports-related dreams came to me, related to the ability to communicate and show the importance of diversity in sport. I want to put all my experience at the service of inclusion,” he concluded.

Previous articleAthens or Institute: Campazzo’s dilemma on a possible retreat to Cordoba
Next articleIn the United States, Messi’s arrival in MLS was considered certain, but the footballer’s environment put a damper