Cycling: he won a stage, he hit his eye while uncorking a bottle in the party and had to leave 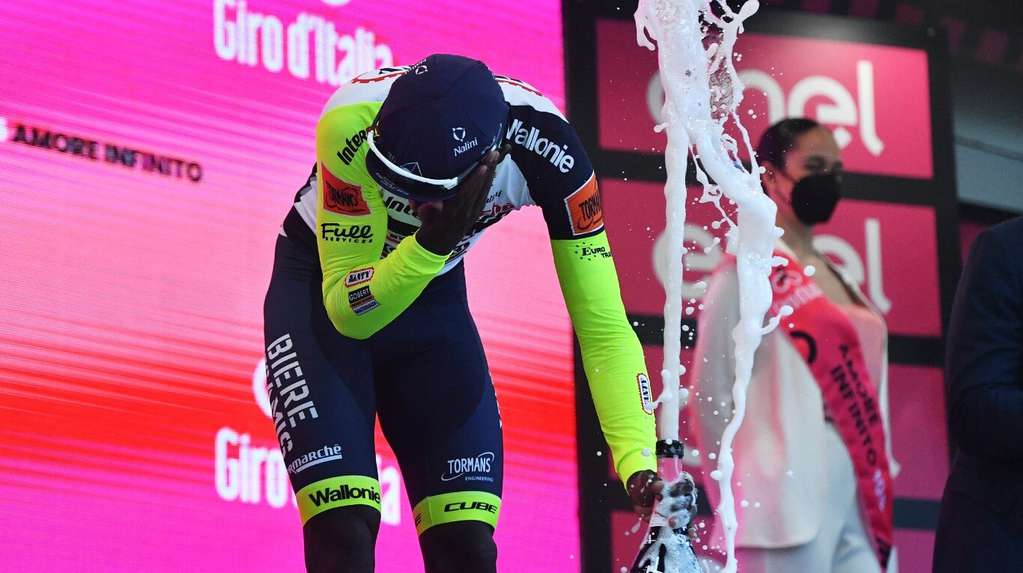 The Eritrean Biniam Girmay was the protagonist of the unusual accident after the tenth stage of the traditional Giro d’Italia. This Wednesday, he announced that he would not race the rest of the competition.

the eritrean Biniam Girmay had to abandon the tradition Tour of Italy of cycling after suffering an unusual accident after winning the tenth stage of the competition. The runner hit himself in the eye with a cork after discovering a bottle during the celebrations and the injury forced him to withdraw from the rest of the activity.

After winning the tenth stage, Girmay climbed to the top step of the podium and he uncorked a bottle of prosecco with such bad luck that the cork hit his left eye directly. The incident forced the 22-year-old cyclist to be transferred to a local hospital to check the severity of the injuries to his face.

Even if the injury was not serious, it prevented the Eritrean from continuing in the rest of the competition and this Wednesday he announced his retirement.

“When I came back from the hospital, after the bad moment, I was able to enjoy a moment with my colleagues, the collaborators, everyone,” Girmay said in a video posted on the social networks of the Intermarché-Wanty-Gobert Materials team.

He added: “I’m very happy right now. I was a little sad about what happened with the champagne but when they got back to the hotel everyone was very happy”.

”I was a little scared but when they saw that I was fine we had a lot of fun. But today I couldn’t be at the start of the race because of my eyes, I need a rest for the eye to be fine. Now I feel that we will see each other again soon,” he concluded.

The Eritrean became the first man from Africa to win a stage in one of the three major cycling world tours by beating Mathieu van der Poel in the stage 10 sprint on Tuesday.

In March, he became the first rider from a sub-Saharan country to win a one-day classic by winning Ghent-Wevelgem.

Previous articleHistoric agreement in American football teams: men and women will receive the same
Next articleUncomfortable moment on Colombian television: Alejandro Sabella has been offered as DT for his national team