Emergency at the Riga Marathon: A car entered the track and nearly knocked down runners 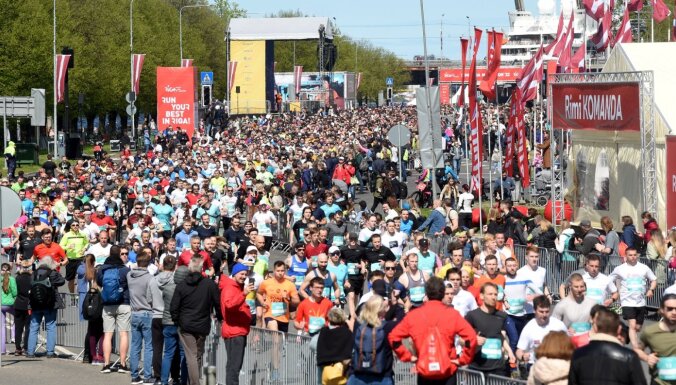 During the Rimi Riga Marathon, an incident occurred: a car driven by an elderly man entered the track. The police drew up two administrative offense reports.

According to state police, the incident happened around 2:30 p.m. on May 15 at the November 11 pier, where the marathon participants finished. Suddenly a car drove towards the runners. Driver born in 1939 was driving in the direction of Eksporta street and at the intersection with Muitas street he ignored the road sign “Entry prohibited”.

The elderly driver did not respond to the state police’s order to stop immediately and drove to the marathon track, where marathon participants were finishing at the time. A policeman and two guards rushed to stop the car, which they succeeded after about 50 meters. The car stopped, turned around and rolled down the track in the opposite direction, now towards the racers.

The police noted that “in this case, no other means of arrest, including the use of firearms to stop the car, could not be used due to possible safety risks for participants and spectators of the marathon, as well as the presence of a man behind the wheel, and that does not aggravate the situation further.”

Two administrative offense reports were drawn up against the driver. One – for non-compliance with the traffic sign “Entry prohibited” (fine of 55 euros), the other – for driving with an invalid medical certificate (fine of 40 euros and deprivation of a driving license).