Schwartzman debuted with a win at Roland Garros, but admitted he was disappointed 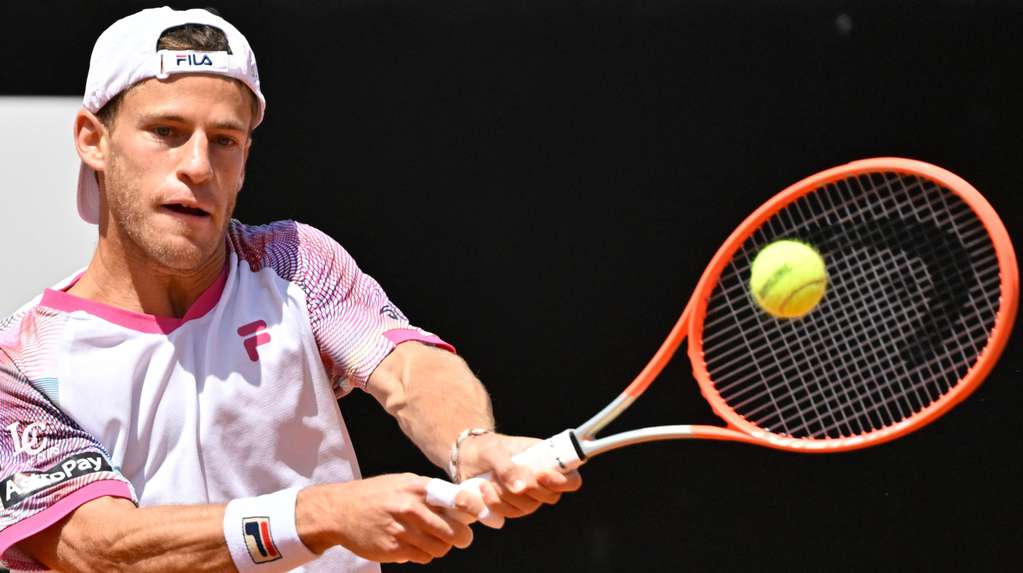 El Peque beat Russian Andrey Kuznetsov 6-3, 1-6, 6-4, 6-2 in almost three hours of play. Camilo Ugo Carabelli scored a historic victory in his career, while Juan Ignacio Lóndero is inclined against Carlos Alcaraz, one of the favorites for the title.

Diego Schwartzman succeeded this Sunday in overcoming the first round of Roland Garros for the eighth time, after defeating the Russian Andrei Kuznetsov coming from the previous phase, by 6-3, 1-6, 6-4 and 6-2 in two hours and 41 minutes.

The 15th seed overcame a bump in his game in the second set which lasted barely a quarter of an hour, when he lost his concentration after an interruption caused by a fine rain which fell on the French capital.

“You have to be realistic, I didn’t feel very comfortable today, there’s nothing wrong with that. You had to win, playing on a Sunday at Roland Garros, it’s extra pressure because you think that if you lose, it’s almost as if you didn’t play the tournament”, he shared in a note with ESPN after his 50th major tournament victory.

Despite this, the Argentinian tennis player managed to recover his game against a tough rival who was returning to the circuit after overcoming a series of injuries and whom he had already beaten on clay in 2017, in Bastad.

“I didn’t have a good day, it cost me. He came with a hip problem, the mobility issue was very difficult for him and it was a strange game for me. I have to correct several things, luckily I have two days for the next match “, he pointed.

The Argentinian admitted that “he was not well” during his premiere, that felt “awkward” in the second set when “things didn’t work out”, but he saved improving performance in the third and fourth sets which allowed him to wrap up the victory after losing three match points.

El Peque dreams of repeating their performance in 2020, when they reached the semi-finals of the Parisian Grand Slam and were knocked out by Rafael Nadal, who ended up becoming champion.

The Argentinian showed good tennis and seems to resurrect on contact with brick dust after two consecutive defeats in the first round, in Rome and Madrid.

En route to the third round, Peque will face a tough rival and clay-court specialist, Spaniard Jaume Munar, who beat Germany’s Daniel Altmaier 6-1, 6-3, 4-6, 6-3.

Camilo Ugo Carabelli is living a dream at Roland Garros, the first Grand Slam tournament he has participated in in his career. This Sunday, he won his first round duel against the Russian Asalan Karatsev (41st) by 6-3, 4-6, 6-4, 3-6, 7-6(5).

The duel, which was resolved in the first “super tie break” in the history of the tournament, lasted more than 4 hours and ended in a physical injury to the Russian.

“I still can’t believe it, people were asking me for pictures and I couldn’t smile with emotion. I didn’t realize anything, that I had won, it’s something impressive “said the 22-year-old world number 154. , which Just a few weeks ago he was consecrated in the Challenger of Buenos Aires 2 which was played at the Club Náutico Hacoaj de Tigre.

It was the first time that Ugo Carabelli played a match in five sets.

Juan Ignacio Londero could not with Carlos Alcaraz

Cordovan John Ignace Londoner (141), who entered the French contest as a lucky loser, lost to the Spaniards Carlos Alcaraz (6), maximum promise of world tennis for 6-4, 6-2 and 6-0 after 1h52 of meeting.

Previous article‘Okupas’ Actor Opened Up About His Addictions, Revealed He Had 27 Hospitalizations in 18 Years
Next articleMax Verstappen won the Spanish GP and is the new Formula 1 world championship leader