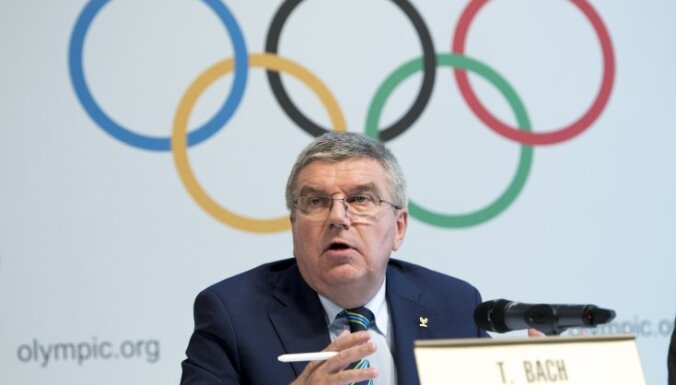 Bach recalled the sanctions already imposed on Russian athletes Yevgeny Rylov and Ivan Kulyak, who are banned from participating in international competitions for having supported the war in Ukraine.

According to him, the IOC is aware that in Russia those who publicly oppose the war are under threat of criminal prosecution. “We understand that in these circumstances, silence can also be a certain message,” said the IOC chief.

Thomas Bach insists that the IOC’s response to the war in Ukraine was correct. He stressed that the banning of international sports events in Russia and Belarus and the exclusion of athletes from these two countries from participation in many competitions were a necessary “protective measure”.

According to Bach, the IOC had to act quickly because individual governments were threatening Russian and Belarusian athletes with sanctions: “It was obvious that the governments wanted to decide who could participate in which international competitions”, according to the IOC chief. , created would be a dangerous precedent.

Bach again defended that two Russian IOC members, Yelena Isinbayeva and Shamil Tarpishchev, were not suspended. He noted that according to international law, punishment can only apply to those responsible for war. And this applies neither to the Russian people nor to the members of the IOC, Thomas Bach is sure of that.