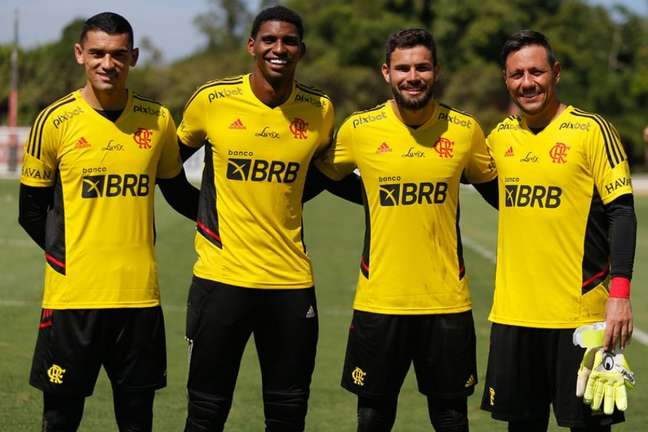 Diego Alves missed the first goal of the game, scored by the Hulk; This fact recalls the debate started at the beginning of the season, about who should be the Flamengo goalkeeper

A 2-1 defeat against Atlético-MG in Mineirão, last Wednesday, for the first leg of the first knockout round of the Copa do Brasil, brought to light the debate on who should be the holder of the goal of the Flamengo. Because Diego Alves, chosen by Dorival Júnior, missed the first goal of the game, scored by Hulk, right at the beginning of the first half.

The debate on the position, it is worth remembering, began at the beginning of this season, when Hugo replaced Diego Alves, who has been the absolute star since 2017. Under the command of Paulo Sousa, the expert jersey 1 has played on only two occasions – all in Carioca.

However, Hugo was never unanimous among the fans, especially due to the mistakes he made in this first half. Some of the errors also came at important moments, such as in Brazilian Super Cup and in the final stretch of the match against Ceara, valid for Brasileirão. Even so, the goalkeeper was paid by Paulo Sousa’s commission.

WHO ARE THE OTHER OPTIONS TODAY?

Currently, Flamengo still has two other goalkeepers: Matheus Cunha and Santos. The first comes from the basic categories and has only played the first two Flamengo matches of the season, all valid for Cariocão. The second was a request from then coach Paulo Sousa, but who only played in Copas (Brazil and Libertadores).

It is worth noting that, after a month and a half, Santos recovered from a muscle injury and is back at the disposal of Dorival Júnior. By the way, it was due to the physical problem that he only played four games with Flamengo: the archer managed to score in all the games, but he was safe and made no mistakes.

WHAT IS THE POSITIONING OF THE COACH?

The goal option was already the subject of a press conference by Dorival Júnior. After the victory over Cuiabá, for the 12th round of Brasileirão, the coach praised all the players at his disposal in Flamengo, but he has not established any as the absolute starter.

– We have three great goalkeepers, in addition to the guys from the base who are preparing. At any given moment, we could have one or another athlete playing. I’ve done it in the last few teams I’ve been to. I think this type of coexistence is necessary, the owner will be the one who is currently in the best physical, technical and tactical condition, especially the field players.

Previous articleWinter and cold days require extra car care
Next article‘I thought they would kill me’: the story of the first gay to come out in Qatar