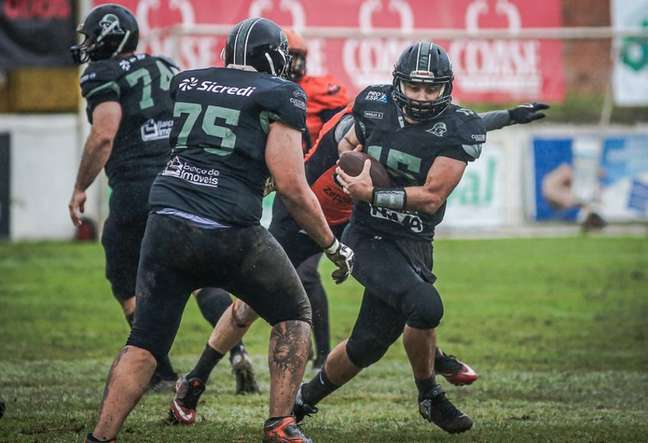 The Southern Conference game has been rescheduled for early September

The Brazilian League of American Football (Liga BFA) announced, on Wednesday night (22/6), that the match between Santa Maria Soldiers and Bulldogs FA, which will take place this Sunday (26/6), at 14:00 , at the Presidente Vargas Stadium, in Santa Maria, was postponed due to the heavy rains that hit the region. According to Gaucho’s team, the new date for the match will be September 4th.

Santa Maria Soldiers reported that fans who bought tickets for this Sunday’s match (26/6) can use the ticket in other team matches in the regular season of the competition or request a refund via message in the club profile on Instagram .

According to the MetSul Meteorologia website, since last Tuesday (21/6), the accumulated rainfall exceeds 100 mm in several municipalities of Rio Grande do Sul and exceeds 150 mm in some points.

Furthermore, according to the publication, on Thursday (23/6) the weather will not hold up in Rio Grande do Sul and partly in Santa Catarina. Many clouds are expected to remain over Rio Grande do Sul throughout the day with cloudy to cloudy skies in several municipalities. However, the presence of hot air can lead to isolated abundant rains and a lower risk of thunderstorms located in the northern half of the state, especially at the beginning of the day and in the transition from afternoon to night.

It will not be the first time that the rains have forced the postponement of the matches of this edition of the BFA League. Earlier this month, three matches from the first week had to be rescheduled due to rains that hit Pernambuco and Santa Catarina.

The Southeast Conference team withdraws from the competition

Also on Wednesday evening (22/6), the BFA League reported that the America Big Riders have asked to leave the competition due to internal problems. The League also highlighted that all the withdrawal protocols provided for by the regulation have been applied.

According to the Liga BFA, the definition of the adjustment to the Southeast Conference table and the formula of the dispute will be announced shortly.

The América Big Riders will make their debut in the competition next Sunday (26/6), at 11, against Galo FA, in Campo do Guarany, in Pará de Minas-MG.

Previous articleEU leaders meet to give Ukraine candidate status
Next articleThe roller coaster of the Mercedes: after all, is there still to think about 2022? | Paddock # 153